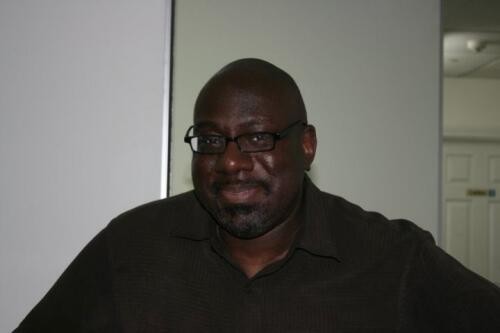 Professor Anthony G. Reddie is a participative educator and liberation theologian who specialises in undertaking action-research and participative observational work with predominantly poorer Black communities in the UK. The author of books, numerous journal articles and editor of 'Black Theology: An International Journal'. Professor Reddie is renowned for his innovative and engaging teaching and facilitating style. He is one of the foremost Practical Black theologians in the world.

Professor Anthony G. Reddie is an Extraordinary Professor of Theological Ethics at the University of South Africa and a Fellow of Wesley House, in Cambridge. He has a BA in History and a Ph.D. in Education (with Theology), both degrees conferred by the University of Birmingham. He has written over 70 essays and articles on Christian Education and Black Theology. He is the author and editor of 18 books. His last book was entitled 'Journeying to Justice' (2017) (co-edited with Wale Hudson Roberts and Gale Richards). He is editor of 'Black Theology: An International Journal', the only academic periodical of its kind in the world. He was given an ‘A’ rating in the latest National Research Foundation evaluation and assessment exercise in South Africa and is the first Black person in theology and religious studies to receive this highest rating. He is a Leading International Researcher.
http://www.anthonyreddie.com/

He is the author of Growing into Hope, the first Black, African-centred work in Christian Education in Europe (Methodist Publishing House, 1998). Growing into Hope is a two-volume curriculum for the teaching and learning of the Christian faith for predominantly multi ethnic churches. This approach to Christian education utilizes the insights of Black theology and Transformative education.

Since Growing into Hope his other credits have included Legacy: Anthology in Memory of Jillian Brown (Peterborough: Methodist Publishing House, 2000), and then Faith, Stories and the Experience of Black Elders: Singing the Lord's Song in a Strange Land (London: Jessica Kingsley Publishers, 2001). This latter work seeks to highlight the important contributions of the ‘Windrush Generation’ to church life and the wider society in Britain. In 2003 'Nobodies to Somebodies: A Practical Theology for Education and Liberation' (Peterborough: Epworth press) was published. This text offered the first systematic approach to the theory and practice of Christian education for predominantly Black majority, inner city churches in Britain. This was followed by 'Acting In Solidarity: Reflections in Critical Christianity' (London: DLT, 2005), which offers an interactive and participative approach to theological reflection by means of drama and experiential exercises.

Prof Reddie is the founding editor of Black Theology: An International Journal (published three times a year by Maney) since March 2002.
www.tandfonline.com/yblt

He was the main theological resource person for Set All Free - Churches Together in England's Ecumenical project to mark the bicentennial of the Act to Abolish the Slave Trade in Britain. In this capacity he undertook over 30 speaking and preaching engagements in the year. The ‘highlight’ of engagement was being one of the two main preachers for the Set All Free service at Bristol Cathedral

He was one of 50 invited Black religious scholars from across the world to attend and speak at a major international conference hosted by Yale University Divinity School. He was one of only two non-African Americans at this event. The conference was entitled Middle Passage Conversations: An Interdisciplinary Conversation Conference on the Nature of the Black Religious Experience - Yale University, 3rd - 5th April 2008

He was the Black theology Consultant and co-organiser for The conference, entitled ‘Teaching Black Theology', which took place on 9th January 2009 at Woodbrooke Quaker Study Centre, Birmingham, UK. Please see the following links for more details: http://www.prs.heacademy.ac.uk/view.html/prsevents/418 He also served as the Keynote speaker and chief respondent for this event that was concerned with good practice in the teaching and learning of Black theology in Higher Education in Britain. This event was sponsored by Subject Centre for Philosophical and Religious Studies of the Higher Education Academy.

He is also a Founder member of the International Association on Black Religions and Spiritualities and the first Non-African American co-chair of the Black Theology Group within the American Academy of Religion.

His research interests and areas of supervisory competence include Black Theology and other Contextual theologies, Practical theology and Critical Pedagogy. Prof Reddie is the leading scholar in the practice of Black Liberation Theology in grassroots communities. He is a specialist in using educational methodology and grassroots work on conscientization in order to create a more praxis driven and practical approach to Black Liberation Theology that impact on grassroots communities in order to empower ordinary people. This work is ongoing and has resulted in several scholarly publications and numerous essays and articles, in addition to more popular material that is often eschewed by conventional theological scholars. In this regard, he would describe himself as one of the foremost Participative, Black Liberation Theologian in the world.

His experience in teaching and curriculum development pertaining to theological education and ministerial and mission training has also extended to working internationally on the ecumenical stage, where he has undertaken church sponsored theological curriculum work with the World Council of Churches. This work arose when he was part of the international consultation in Dorn, in the Netherlands, in June 2009 to mark the 40th anniversary of the historic World Council of Churches (WCC) ‘Program to Combat Racism’. The fruits of this event were written up in a special issue of the WCC Journal The Ecumenical Review, in which he had an article published, entitled ‘The Quest for Liberation and Inclusivity’. http://www.oikoumene.org/en/press-centre/news/new-issue-of-the-ecumenical-review-offers-insights-of-marginalized-communities

The aforementioned work grew out of his World Council of Churches sponsored work in Australia, where he acted as an international theological consultant to the National Aboriginal and Torres Strait Islander Ecumenical Commission (NATSIEC) in Australia, having undertaken a lecture and workshop tour of Sydney and Brisbane. He also acted as the workshop facilitator at the NATSIEC 2011 ‘Christ and Culture Conference’. http://sydneycatholic.org/news/latest_news/2011/2011323_21.shtml
This work demonstrated his commitment to and expertise in contextual learning that affirms issues of diversity and inclusivity in adult theological education. This work had a strong link with grassroots communities in Australia as can be demonstrated in the link below. http://www.parra.catholic.org.au/catholicoutlook/news/latest-news.aspx/natsiec-christ-and-culture-conference.aspx

His involvement with The WCC and NATSIEC indicates his international standing as a scholar and educator, who is recognised as one of the leading exponents of Contextual theology in the world, with particular expertise in empowering ordinary learners from grassroots communities, particularly from cultures and churches that have their roots in the global south.

His additional areas of expertise include Practical theology, Christian education, and theology & transformative ministry, which incorporates theological reflection in terms of Contextual theology. Prof Reddie's work is essentially focused on looking at how the Christian faith is lived out with transformative purpose in differing contexts, with a view to fighting for social justice and personal empowerment.

He is a member of Selly Oak Methodist Church in Birmingham and is a Methodist Local Preacher in the Birmingham Circuit. 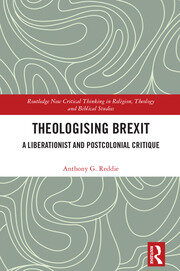 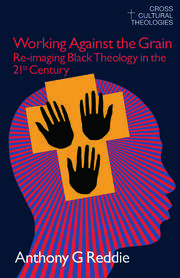 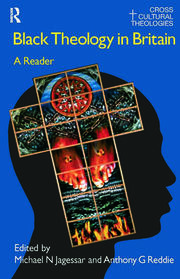 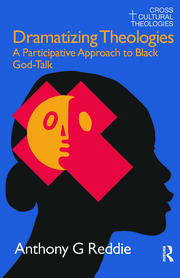 'A Theology of Brexit before and after the Vote' is the title of Anthony's address to the Brexit, Belonging and Borders conference at the Queen's Foundation .

A popular talk given me at St Paul's Cathedral