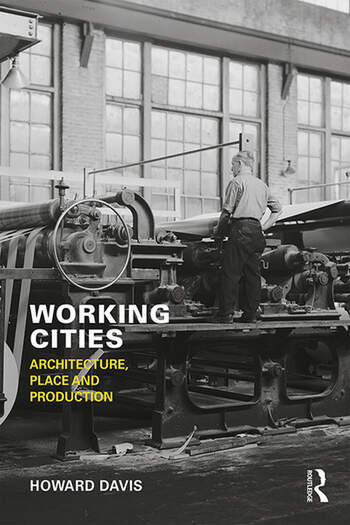 Cities have historically supported production, commerce, and consumption, all central to urban life. But in the contemporary Western city, production has been hidden or removed, and commerce and consumption have dominated. This book is about the importance of production in the life of the city, and the relationships between production, architecture, and urban form. It answers the question: What will cities be like when they become, once again, places of production and not only of consumption?

Through theoretical arguments, historical analysis, and descriptions of new initiatives, Working Cities: Architecture, Place and Production argues that contemporary cities can regain their historic role as places of material production—places where food is processed and things are made. The book looks toward a future that builds on this revival, providing architectural and urban examples and current strategies within the framework of a strong set of historically-based arguments.

The book is illustrated in full colour with archival and contemporary photographs, maps, and diagrams especially developed for the book. The diagrams help illustrate the different variables of architectural space, urban location, and production in different historical eras and in different kinds of industries, providing a compelling visual understanding for the reader.

Introduction: Beyond the city as object  PART 1: THE EVOLUTION OF PRODUCTION SPACE  1. Typologies of capital and control  2. Pre-industrial workshops  3. Factory zones  4. Cities adrift  5. New work in old cities  PART 2: THE VITALITY OF CITY LIFE  6. Production and urban complexity  7. The terroir of things  8. Including the maker  9. 'One great workshop': a new industrial urbanism  PART 3: MAKING SPACE FOR PRODUCTION  10. Design and policy for the new working city  Conclusion: The city in 2050  Bibliography  Index

Howard Davis is Professor of Architecture at the University of Oregon. His research is concerned with the relationships between architecture and the contemporary city, focusing on how the form of the city and the architecture of its buildings help enable diversity, economic and cultural sustainability, and resilience. Through his teaching of design studios, lecture courses, and seminars that examine architectural contexts of culture and place, his students view architecture as strongly anchored in the worlds of people, cultures, and geography.