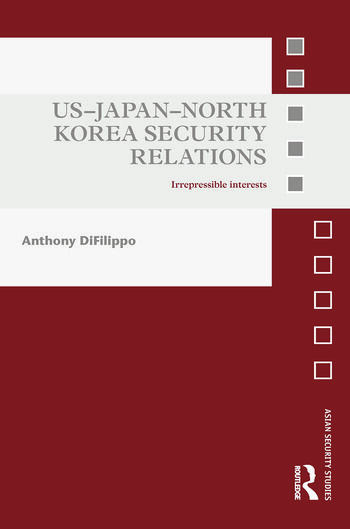 This book examines the major security and related issues between the United States, Japan and North Korea (officially, the Democratic People’s Republic of Korea - DPRK).

Although focusing mainly on current issues, this book also provides sufficient historical background to enable readers to appreciate the many nuances that have been ignored by policymakers, analysts and the media. Where appropriate, the book examines the security interests of other nations in Northeast Asia, specifically South Korea, China and Russia.

The central purpose of the book is to objectively analyze the policymaking processes of Washington, Tokyo and Pyongyang with respect to the DPRK's nuclear weapons and other important security issues, and ultimately to provide practical ways to improve the security environment in Northeast Asia. Ongoing security-related issues include nuclear missile testing by the DPRK; its removal from the U.S. list of states sponsoring terrorism, and the abduction of Japanese nationals by North Korean agents that occurred during the 1970s and 1980s. Unlike other books, which typically take the position that North Korea is a rogue state run by an irrational, belligerent and autocratic leader, this book reveals the fundamentals of Pyongyang’s security concerns in the region.

This book will be of great interest to students of North East Asian politics, Asian security studies, US foreign policy and Security Studies/IR in general.

1. Introduction  2. Nuclear Armed to the Teeth  3. Unlikely Bedfellows: U.S.-North Korean Inducements in the Rearming of Japan  4. The Making of DPRK Policies in Washington and Tokyo  5. Caught in the Crossfire: North Korean Loyalists in Japan  6. Politics, Partisanship, and the Stalemate in Japan-North Korean Relations  7. Conclusion: Separate Concerns and Rapprochement Possibilities.  Selected Bibliography

Anthony DiFilippo is Professor of Sociology at Lincoln University in Pennsylvania, USA. His most recent publications include The Challenges of the U.S.-Japan Military Arrangement: Competing Security Transitions in a Changing International Environment and Japan’s Nuclear Disarmament Policy and the U.S. Security Umbrella.