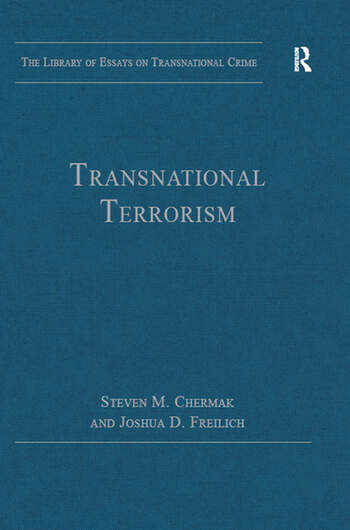 The dramatic terrorist attacks of 9/11 highlighted significant gaps in research on the topic as governments, community groups, social service agencies and law enforcement agencies were forced to respond without any evidence-based guidance on best practices for tactics, strategies, and policy development. The essays selected for this volume demonstrate that transnational terrorism is now a thriving area of study and display the breadth and depth of scholarship that has recently been published. The research draws attention to global patterns of transnational terrorism; highlights various structural and cultural explanations; provides an overview of some of the ways that terrorism impacts society; and discusses strategies used to effectively respond to transnational terrorism. This volume, which is of interest to academics, policymakers and practitioners, provides a repository of some of the best contemporary research in this field.