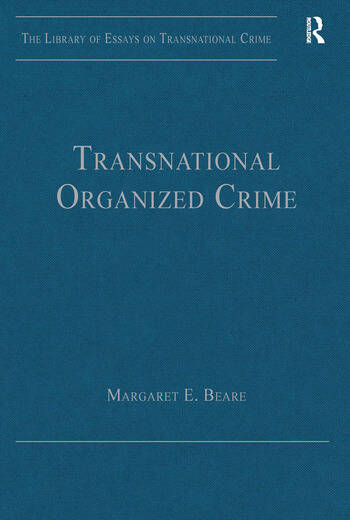 This selection of influential articles traces our evolving understanding of transnational organized crime - paradigm shifts - from the 'alien conspiracy' focused research to the more nuanced focused scholarship on 'markets' and 'networks', culminating in a focus on 'enablers' of transnational crimes and evaluations of 'harm' from transnational crimes. The selected essays and articles reflect the way in which politics, economics and social factors have impacted on scholarly thinking and the introduction also highlights the many authors and professionals who have been influential in this field. This volume is an essential ’one-stop’ resource for lecturers and students interested in all aspects of transnational organized crime.

Margaret E. Beare is Professor in the Osgoode Hall Law School and the Department of Sociology at York University, Canada.