Third World Approaches to International Law
On Praxis and the Intellectual 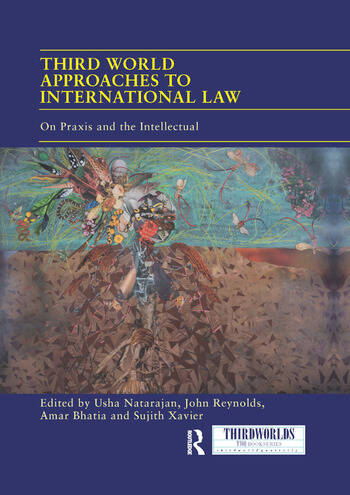 Third World Approaches to International Law: On Praxis and the Intellectual

This book addresses the themes of praxis and the role of international lawyers as intellectuals and political actors engaging with questions of justice for Third World peoples. The book brings together 12 contributions from a total of 15 scholars working in the TWAIL (Third World Approaches to International Law) network or tradition. It includes chapters from some of the pioneering Third World jurists who have led this field since the time of decolonization, as well as prominent emerging scholars in the field. Broadly, the TWAIL orientation understands praxis as the relationship between what we say as scholars and what we do – as the inextricability of theory from lived experience. Understood in this way, praxis is central to TWAIL, as TWAIL scholars strive to reconcile international law’s promise of justice with the proliferation of injustice in the world it purports to govern. Reconciliation occurs in the realm of praxis and TWAIL scholars engage in a variety of struggles, including those for greater self-awareness, disciplinary upheaval, and institutional resistance and transformation. The rich diversity of contributions in the book engage these themes and questions through the various prisms of international institutional engagement, world trade and investment law, critical comparative law, Palestine solidarity and decolonization, judicial education, revolutionary struggle against imperial sovereignty, Muslim Marxism, Third World intellectual traditions, Global South constitutionalism, and migration. This book was originally published as a special issue of Third World Quarterly.


1. Foreword:  Third World Approaches to International Law (TWAIL) special issue 2. Introduction: TWAIL - on praxis and the intellectual 3. The Third World intellectual in praxis: confrontation, participation, or operation behind enemy lines? 4. On fighting for global justice: the role of a Third World international lawyer 5. Regulation of armed conflict: critical comparativism 6. Decolonisation, dignity and development aid: a judicial education experience in Palestine 7. The conjunctural in international law: the revolutionary struggle against semi-peripheral sovereignty in Iraq 8. Mir-Said Sultan-Galiev and the idea of Muslim Marxism: empire, Third World(s) and praxis 9. International lawyers in the aftermath of disasters: inheriting from Radhabinod Pal and Upendra Baxi 10. The South of Western constitutionalism: a map ahead of a journey 11. Disrupting civility: amateur intellectuals, international lawyers and TWAIL as praxis 12. Migration, development and security within racialised global capitalism: refusing the balance game

Usha Natarajan is Assistant Professor of International Law and Associate Director of the Centre for Migration and Refugee Studies at the American University in Cairo, Egypt. Her research is multidisciplinary, utilising Third World and postcolonial approaches to international law to provide an interrelated understanding of the relationship between international law and issues of development, migration, environment, and conflict.

is Lecturer in International Law at the National University of Ireland, Maynooth. His research focuses on the operation of international law in states of emergency and in contexts of conflict, crisis, and coloniality.


Sujith Xavier joined the University of Windsor Faculty of Law in January of 2014 as an Assistant Professor. His interests span domestic and international legal theory, international law, Third World Approaches to International Law (TWAIL), as well as the intersections of law and society with an emphasis on race, colonialism and imperialism, gender, and sexuality.