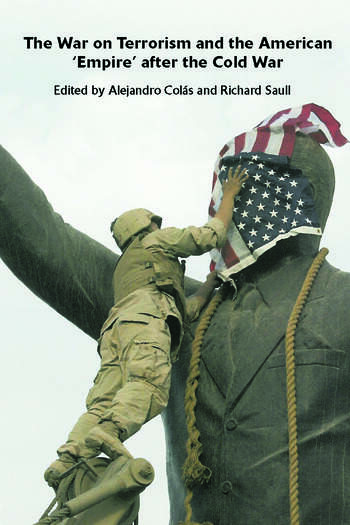 This new study shows how the American-led ‘war on terror’ has brought about the most significant shift in the contours of the international system since the end of the Cold War.

A new ‘imperial moment’ is now discernible in US foreign policy in the wake of the neo-conservative rise to power in the USA, marked by the development of a fresh strategic doctrine based on the legitimacy of preventative military strikes on hostile forces across any part of the globe. Key features of this new volume include:

* an alternative, critical take on contemporary US foreign policy

* a timely, accessible overview of critical thinking on US foreign policy, imperialism and war on terror

* the full spectrum of critical view sin a single volume

* many of these essays are now ‘contemporary classics’

The essays collected in this volume analyse the historical, socio-economic and political dimensions of the current international conjuncture, and assess the degree to which the war on terror has transformed the nature and projection of US global power. Drawing on a range of critical social theories, this collection seeks to ground historically the analysis of global developments since the inception of the new Bush Presidency and weigh up the political consequences of this imperial turn.

This book will be of great interest for all students of US foreign policy, contemporary international affairs, international relations and politics.

Introduction: The War on Terror and American Empire  1. The Logic of American Power in the International Capitalist Order  2. Reactionary Blowback: The Uneven Ends of the Cold War and the Origins of Contemporary Conflict in World Politics  3. The Intellectual Antecedents of the Bush Regime  4. The Imperial Republic Revisited: The United States in the Era of Bush  5. The Bush Turn and The Drive for Primacy  6. The War on Terrorism and American Empire: Emerging Development Agendas  7. Scenarios of Power

Alejandro Colás is lecturer in International Relations at the School of Politics and Sociology, Birkbeck College, University of London. He is author of International Civil Society: Social Movements and World Politics (2002) and is on the editorial board of the journal Historical Materialism: Research in Critical Marxist Theory.