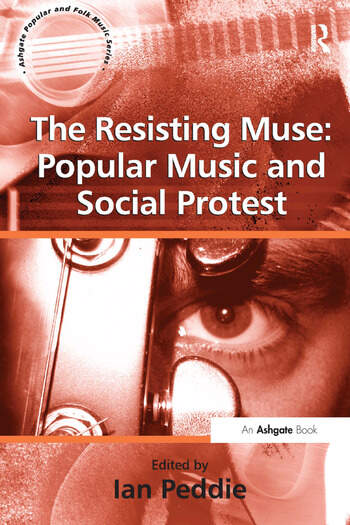 Popular music has traditionally served as a rallying point for voices of opposition, across a huge variety of genres. This volume examines the various ways popular music has been deployed as anti-establishment and how such opposition both influences and responds to the music produced. Implicit in the notion of resistance is a broad adversarial hegemony against which opposition is measured. But it would be wrong to regard the music of popular protest as a kind of dialogue in league against 'the establishment'. Convenient though they are, such 'us and them' arguments bespeak a rather shop-worn stance redolent of youthful rebellion. It is much more fruitful to perceive the relationship as a complex dialectic where musical protest is as fluid as the audiences to which it appeals and the hegemonic structures it opposes. The book's contemporary focus (largely post-1975) allows for comprehensive coverage of extremely diverse forms of popular music in relation to the creation of communities of protest. Because such communities are fragmented and diverse, the shared experience and identity popular music purports is dependent upon an audience collectivity that is now difficult to presume. In this respect, The Resisting Muse examines how the forms and aims of social protest music are contingent upon the audience's ability to invest the music with the 'appropriate' political meaning. Amongst a plethora of artists, genres, and themes, highlights include discussions of Aboriginal rights and music, Bauhaus, Black Sabbath, Billy Bragg, Bono, Cassette culture, The Capitol Steps, Class, The Cure , DJ Spooky, Drum and Bass, Eminem, Farm Aid, Foxy Brown, Folk, Goldie, Gothicism, Woody Guthrie, Heavy Metal, Hip-hop, Independent/home publishing, Iron Maiden, Joy Division, Jungle, Led Zeppelin, Lil'Kim, Live Aid, Marilyn Manson, Bob Marley, MC Eiht, Minor Threat, Motown, Queen Latifah, Race, Rap, Rastafarianism, Reggae, The Roots, Diana Ross, Rush, Salt-n-Pepa, 7 Seconds, Roxanne Shanté, Siouxsie and the Banshees, The Sisters of Mercy, Michelle Shocked, Bessie Smith, Straight edge Sunrize Band, Bunny Wailer, Wilco, Bart Willoughby, Wirrinyga Band, Zines.

Contents: Introduction. Part One Politics and the Parameters of Protest: Rock protest songs: so many and so few, Deena Weinstein; The decline and rebirth of protest music, Jerry Rodnitsky; Available rebels and folk authenticities: Michelle Shocked and Billy Bragg, Mark Willhardt; The pop star as politician: from Belafonte to Bono, from creativity to conscience, John Street. Part Two Monophony or Polyphony?: The future is history: hip-hop in the aftermath of (post)modernity, Russell Potter; Everyday people: popular music, race, and the articulation and formation of class identity, James Smethurst; Gender as anomaly: women in rap, Gail Woldu. Part Three The Problems of Place: The coherence of protest music?: international reggae music and the Rastafarian movement (1972-81), Stephen A. King; 'We have survived': popular music as representation of Australian aboriginal cultural loss and reclamation, Peter Dunbar-Hall; The bleak country?: the black country and the rhetoric of escape, Ian Peddie. Part Four The Paradox of Anti-Social Protest: A garage of one's own: heavy metal as a reinvention of social technology, Sean Kelly; The hand-made tale: authorship, privatization, and cassette-tape culture in the Pacific northwest independent music scene, Kathleen McConnell; Gothic music and the decadent individual, Kimberly Jackson; Alternative protest: straight-edge and other failings in the post-punk repertoire, Steven Hamelman. Bibliography; Index.

Ian Peddie has taught at Florida Gulf Coast University, the University of Sydney, and West Texas A&M University. His books include The Resisting Muse: Popular Music and Social Protest (Ashgate, 2006) and a study of class in American literature. He has published widely on twentieth century British and American culture. He is currently editing a collection on music and protest since 1900.

’...Recommended.’ Choice '... an insightful collection of essays written by college professors from around the country, each passionately offering a discourse on an array of anomalies in popular music.' The Anchorage Press ’The Resisting Muse opens up new ways of thinking about and exploring the diverse processes by which specific post-1975 music genres, and the artists associated with them, can be linked with aspects and forms of social protest... a valuable and challenging contribution to the field of popular music studies.' Popular Music