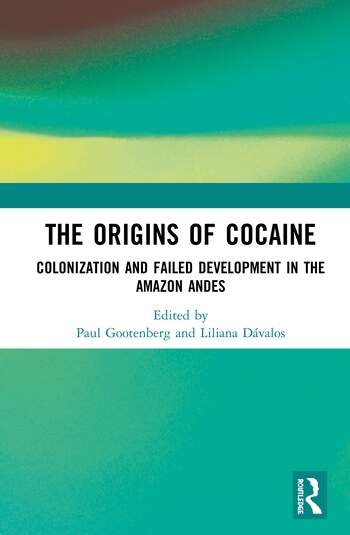 The Origins of Cocaine: Colonization and Failed Development in the Amazon Andes

In the 1960s, the governments of Colombia, Peru, and Bolivia launched agricultural settlement programs in each country’s vast Amazonian frontier lowlands. Two decades later, these exact same zones had transformed into the centers of the illicit cocaine boom of the Americas. Drawing on concepts from both history and anthropology, The Origins of Cocaine explores how three countries with divergent different mid-century political trajectories ended up with parallel outcomes in illicit frontier economies and cocalero cultures. Bringing together transnational, national, and local analyses, the volume provides an in-depth examination of the deep origins of drug economics in the Americas. As the first substantial study on the shift from agrarian colonization to narcotization, The Origins of Cocaine will appeal to scholars and postgraduate students of Latin American history, anthropology, globalization, development and environmental studies.

1. Introduction: Orphans of Development: The Unanticipated Rise of Illicit Coca in the Amazon Andes, 1950-1990 Paul Gootenberg
2. The Ghosts of Development Past: Deforestation and Coca in Western Amazonia Liliana M. Dávalos
3. Ideas of Modernization and Territorial Transformation in the Rise of Coca: The Case of the Upper Huallaga Valley, Peru Hernán Manrique and Maritza Paredes
4. Creating Coca Frontiers and cocaleros in Chapare: Bolivia, 1940 to 1990 Andrew C. Millington
5. Economic Development Policies in Colombia (1960s-1990s) and the Turn to Coca in the Andes Amazon Jennifer S. Holmes, Viveca Pavón, and Sheila Amin Gutiérrez de Piñeres
6. ‘The Making of a Coca Frontier: The Case of Ariari, Colombia María-Clara Torres
7. Epilogue: Will Governments Confront Coca Cultivation, or its Causes? Adam Isacson

Paul Gootenberg is SUNY-Distinguished Professor of History and Sociology at Stony Brook University, USA, where he is also currently Chair of the History Department. He is a former chair of the Drugs, Security, and Democracy Program (DSD) of the Social Science Research Council and Open Society Foundations.

Liliana M. Dávalos is Associate Professor of Conservation Biology at Stony Brook University, USA. She has advised the United Nations Office of Drug and Crime on deforestation since 2007 and is coauthor of the 2016 World Drug Report.

The Origins of Cocaine’s surprising conclusion turns accepted scholarly wisdom on its head: it’s been the persistent failure, not the absence, of state-led development efforts that’s pushed poor South American peasants to cultivate drug-related crops. The book proves Cold War geopolitics and ideologies of capitalist development are just as much to blame for today’s drug war chaos as northern consumers’ insatiable appetite for cocaine.

What are the underlying causes of the surge in coca cultivation and the cocaine trade in the Andes? According to The Origins of Cocaine, abandoned colonization efforts to develop the Amazon are the key. A must-read for academics and policy makers alike, this timely and cutting-edge research provides important evidence for rethinking failed strategies to reduce the supply of cocaine, and instead promote long-term, equitable and environmentally sustainable development in some of the Andes’ poorest regions.

The Origins of Cocaine provides a timely and fascinating account of the expansion of coca and cocaine production in the Andes Amazon. It asks, why have Peru, Colombia and Bolivia ended up with remarkably similar illicit frontier economies? By weaving together interdisciplinary debates, innovative methodological approaches, and comparative data, the book explores this question through a culturally and historically sensitive framework. A must read for anyone interested in drug crop cultivation, cocaine production and the unintended consequences of development.