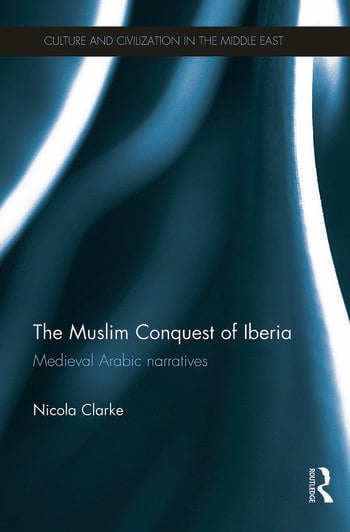 Medieval Islamic society set great store by the transmission of history: to edify, argue legal points, explain present conditions, offer political and religious legitimacy, and entertain. Modern scholars, too, have had much to say about the usefulness of early Islamic history-writing, although this debate has traditionally focused overwhelmingly on the central Islamic lands.

This book looks instead at local and regional history-writing in Medieval Iberia. Drawing on numerous Arabic texts – historical, geographical and biographical – composed and transmitted in al-Andalus, North Africa and the Islamic east between the ninth and fourteenth centuries, Nicola Clarke offers a nuanced and detailed analysis of narratives about the eighth-century Muslim conquest of Iberia. Comparing how individual episodes, characters, and themes are treated in different texts, and how this treatment relates to intellectual debates, literary trends, and socio-political conditions at the time of writing, she shows how competing priorities shaped myriad variations on a single story and how the scholars and patrons of a corner of the Islamic world distant from Baghdad viewed their own history.

Offering a framework in which historians of Christian Iberia (and of Christian Europe more generally) can approach and make sense of culturally-significant texts from Muslim Iberia, this book will also be relevant to broader debates about the historiography of early Islam. As such, it will be of great interest to scholars of historiography, world history and Islamic studies.

Introduction  1. The Late Antique Historiographical Backdrop  2. Successors, Jurists, and Propagandists: Reconstructing the Transmission History of Spanish Conquest Narratives  3. Accommodating Outsiders, Obeying Stereotypes: mawālī and muwalladūn in Narratives of the Conquest  4. To the Ends of the Earth: Extremes of East and West in Arabic Geographical and Ajaib Writings  5. The Table of Soloman: A Historiographical Motif and its Functions  6. Excusing and Explaining Conquest: Traitors and Collaborators in Muslim and Christian Sources  7. On the Other Side of the World: Comparing Narratives of Contemporary Islamic Conquests in the East.  Conclusion: History on the Margins

Nicola Clarke is a Junior Research Fellow at Wolfson College, Oxford, UK, and teaches in the history department at Lancaster University, UK.

"The Muslim conquest of Iberia contains seven ripping chapters and an excellent conclusion... This carefully balanced monograph is certainly destined to become the standard text on the subject of the causation, contextualization and evolution of traditional Arab accounts of the Andalusian conquest into later tropes, formats and formulae for differing audiences. It is probably one of the best accounts of its kind since Stanley Lane-Poole’s The story of the Moors in Spain (1886) and will appeal to quite a broad audience... Clarke has produced something fairly new and exciting here – not yet another discussion of the 711 conquest but rather more precisely a history of medieval historians at work. Above all else, perhaps, Clarke’s engaging enthusiasm for her subject – and her sense of humour – resonate through the text and make this book a true pleasure to read." - Abdullah Drury; Islam and Christian–Muslim Relations, 23:4, 543-545 (2012).