The Internationalization of Internal Conflicts
Threatening the State 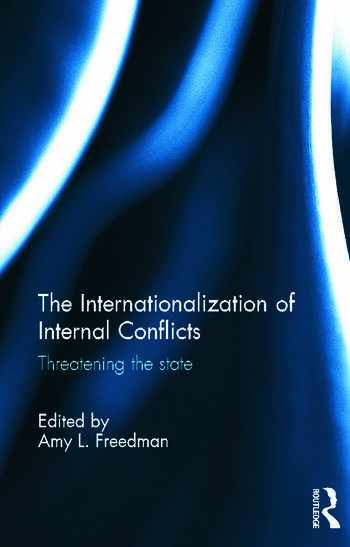 The Internationalization of Internal Conflicts: Threatening the State

Internal security crises, from environmental disaster, extreme poverty and deprivation, armed conflicts, or ethnic or religious conflict, provide sites of opportunity for those seeking to internationalize conflicts. Domestic conflicts in Africa, the Middle East, and Southeast Asia have started as internal problems, but have taken on regional and international dimensions as parties to the conflict within the country and sympathetic external forces have joined forces with each other for mutual gain.

This book examines the international dimension to internal conflicts and asks: under what conditions do domestic conflicts become opportunities for regional or global actors to become involved? Why have some countries been able to successfully deal with this problem while others have not? Who are the actors who seek to internationalize conflicts? Why and with what means do they become involved and how do their agendas get internalized/localized? Cases include: the separatist movements in the Philippines, Southern Thailand, Aceh (Indonesia); and the civil wars in Rwanda/Congo, and Sierra Leone/Liberia, Lebanon, and Iraq.

This book finds that a combination of greater democratization internally, coupled with constructive outside mediation efforts, can produce conditions necessary to prevent conflicts from escalating or diffusing, and can facilitate peace-building.

Several chapters in this book were originally published as a special issue of Asian Security.

Amy Freedman is an associate professor and chair of political science/international studies at Long Island University. She is the author of Political Change and Consolidation: Democracy's Rocky Road in Thailand, Indonesia, South Korea and Malaysia (Palgrave Macmillan, 2007), and has written numerous journal articles on political economy questions, minority politics, and questions about political Islam. Her work appears in the Journal of Civil Society, Religion and Politics, World Affairs, and elsewhere.