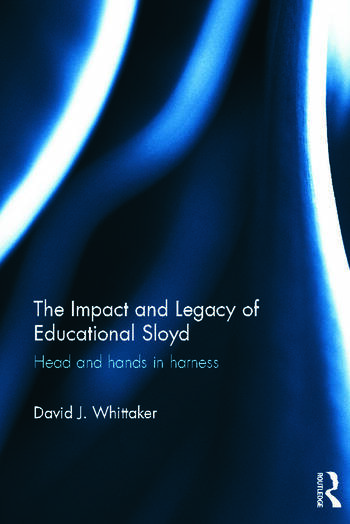 The Impact and Legacy of Educational Sloyd: Head and hands in harness

Originating in Finland in eighteen-sixty-five, Educational Sloyd used handicrafts practised in schools to promote educational completeness through the interdependence of the mind and body. These radical ideas spread throughout Europe and America and had a significant impact on the early development of manual training, manual arts, industrial education and technical education. Today it is generally acknowledged that Educational Sloyd laid the foundations of modern technological education.

This book traces the development of Sloyd from its conception by Uno Cygnaeus and the first Sloyd school founded by Otto Salomon, to its enthusiastic take up in Scandinavia and beyond. It examines the debates and controversy which surround the Sloyd system, and considers the transition from ‘hands-on’ craft work to concepts of technology education. Finally, the investigation reveals the lasting legacy of the ideas and practice of Sloyd education, and how it continues to influence technological education.

Included in the book:

- the foundations of Educational Sloyd

- the lasting legacy of Sloyd education.

This fascinating and comprehensive historical exploration will be of interest to scholars and researchers in the areas of technology education, comparative education and the history of education.

1: Introduction – Retrospect and Prospect  2: Head and Hands: The Philosophers' Point of View  3: Fresh Ideas to Improve Schooling and Build a Nation  4: Sloyd Education: A Nordic Export  5: Enthusiastic Take-up: United Kingdom  6: Enthusiastic Take-up: worldwide  7: Debate, Controversy, Rival Factions  8: Harnessing After 150 Years: Technology Education in Concept  9: Harnessing as the Schools do it  10: The Establishment of Educational Sloyd in Finland  11: The Establishment of Educational Sloyd in Iceland Brynjar Olafsson and Gisli Thorsteinsson  12:. In Retrospect: The Thinking Hand