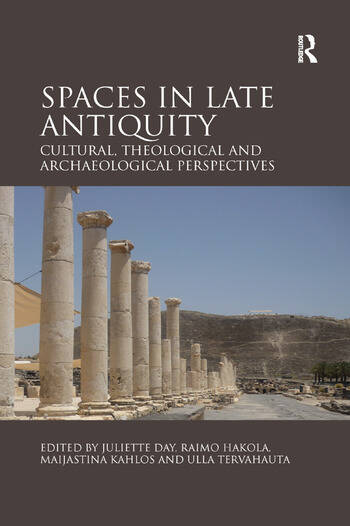 Places and spaces are key factors in how individuals and groups construct their identities. Identity theories have emphasised that the construction of an identity does not follow abstract and universal processes but is also deeply rooted in specific historical, cultural, social and material environments. The essays in this volume explore how various groups in Late Antiquity rooted their identity in special places that were imbued with meanings derived from history and tradition. In Part I, essays explore the tension between the Classical heritage in public, especially urban spaces, in the form of ancient artwork and civic celebrations and the Church's appropriation of that space through doctrinal disputes and rival public performances. Parts II and III investigate how particular locations expressed, and formed, the theological and social identities of Christian and Jewish groups by bringing together fresh insights from the archaeological and textual evidence. Together the essays here demonstrate how the use and interpretation of shared spaces contributed to the self-identity of specific groups in Late Antiquity and in so doing issued challenges, and caused conflict, with other social and religious groups.

Introduction, Day, Hakola, Kahlos and Tervahauta / Part I Cultural Perspectives: Meddling in the middle? Urban celebrations, ecclesiastical leaders and the Roman emperor in late Antiquity, Kahlos / Classical culture, domestic space and imperial vision in the Cycle of Agathias, Smith / Monastic space: the ascetic between sacred and civil spheres in Theodoret of Cyrrhus, Westergren / Part II Theological perspectives: Seeing Christ at the holy places, Day / Sacred space, virginal consecration and symbolic power: a liturgical innovation and its implications in late ancient Christianity, Hunter / The City of God and the place of demons: city life and demonology in early Christianity, Salminen / Preaching, feasting and making space for a meaning, Tolonen / Part III Archaeological Perspectives: Galilean Jews and Christians in context: spaces shared and contested in the eastern Galilee in late Antiquity, Hakola / Performing the sacred in a community building: observations from the 2010-2015 Kinneret regional project excavations in the Byzantine synagogue of Horvat Kur (Galilee), Zangenberg / Thrown into limekilns: the reuse of statuary and architecture in Galilee from late Antiquity onwards, Bonnie.

, Th.D. (2003), is an Academy Research Fellow at the University of Helsinki, Faculty of Theology. His latest publication is Reconsidering Johannine Christianity: A Social Identity Approach.

, Ph.D. (1998), University of Helsinki, has published Debate and Dialogue: Christian and Pagan Cultures, c. 380-430 and Forbearance and Compulsion: Rhetoric of Tolerance and Intolerance in Late Antiquity.

is post-doctoral researcher in the Center of Excellence in Reason and Religious Recognition, at the University of Helsinki. Her publications include A Story of the Soul’s Journey in the Nag Hammadi Library. A Study of Authentikos Logos (NHC VI,3).