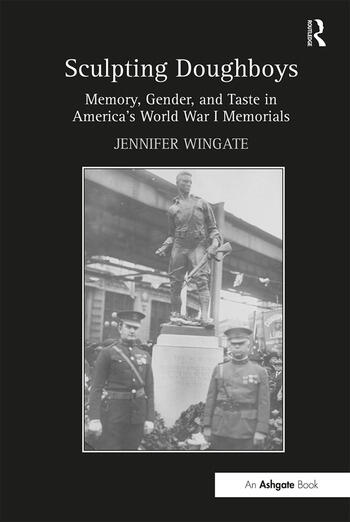 Redressing the neglect of World War I memorials in art history scholarship and memory studies, Sculpting Doughboys considers the hundreds of sculptures of American soldiers that dominated the nation's sculptural commemorative landscape after World War I. To better understand these 'doughboys', the name given to both members of the American Expeditionary Forces and the memorials erected in their image, this volume also considers their sculptural alternatives, including depictions of motherhood, nude male allegories, and expressions of anti-militarism. It addresses why doughboy sculptures came to occupy such a significant presence in interwar commemoration, even though art critics objected to their unrefined realism, by considering the social upheavals of the Red Scare, America's burgeoning consumer and popular culture, and the ambitions and idiosyncrasies of artists and communities across the country. In doing so, this study also highlights the social and cultural tensions of the period as debates grew over art's changing role in society and as more women and immigrant sculptors vied for a place and a voice in America's public sphere. Finally, Sculpting Doughboys addresses the fate of these memorials nearly a century after they were dedicated and poses questions for reframing our relationship with war memorials today.

'Wingate's wide-ranging examination of World War I memorials reveals the unseen bureaucratic negotiation over style and content while simultaneously articulating how commemorative public art held contestable meanings for sculptors and viewers during the interwar years.'

'As World War 1, the “Great War,” as it was once called, reaches the centennial mark for America’s involvement, Jennifer Wingate offers a deeply contextual look at how the United States chose to remember its war dead, often with sculpture, and what became of that work over the last eighty or more years—what monuments are still cared for and something of why they might still be with us today. The introduction does not shy away from the issues of race; a resurgent romantic nationalism in the 1920s; the ideal of the male warrior as northern European, coincident with the increase in immigration; and the fear of international communism.'

'...consistently insightful and extremely well written - Jennifer Wingate's Sculpting Doughboys reminds us that war commemoration, in any form, is always political. This fine book will inspire its readers to pay more attention to public memorials that all too often hide in plain sight and to seek out the history, invariably filled with conflict and controversy, behind their creation.'

'In laying groundwork for future study of this little-understood moment in American sculptural history, Wingate's Sculpting Doughboys will interest scholars of public monuments and popular culture investigating the ways in which objects of high and low art shape collective memory. As we approach the centennial of America's entrance into World War I and contemplate new memorials to the nation's armed forces, it is important to con-sider whether these memorial sites have retained or lost their potency as sites of commemoration.'