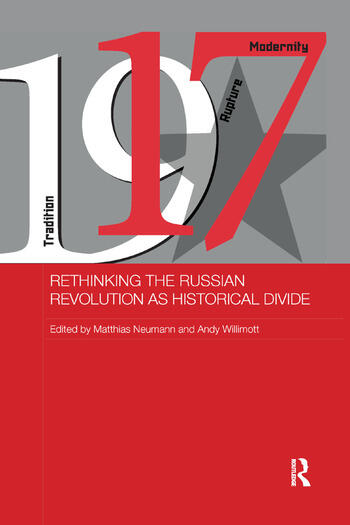 The Russian Revolution of 1917 has often been presented as a complete break with the past, with everything which had gone before swept away, and all aspects of politics, economy, and society reformed and made new. Recently, however, historians have increasingly come to question this view, discovering that Tsarist Russia was much more entangled in the processes of modernisation, and that the new regime contained much more continuity than has previously been acknowledged. This book presents new research findings on a range of different aspects of Russian society, both showing how there was much change before 1917, and much continuity afterwards; and also going beyond this to show that the new Soviet regime established in the 1920s, with its vision of the New Soviet Person, was in fact based on a complicated mixture of new Soviet thinking and ideas developed before 1917 by a variety of non-Bolshevik movements.

Crossing the Divide: Tradition, Rupture, and Modernity in Revolutionary Russia

Part I – The New State, The Past, and the People

1. The Problem of Persistence

3. 'Taking a Leap across the Tsarist Throne': Revolutionizing the Russian Circus

4. The Communist Youth League and the Construction of Soviet Obshchestvennost'

Part II – The People, the Past, and the New State

5. For the People: The Image of Ukrainian Teachers as Public Servants

6. 'The Woman of the Orient is not the Voiceless Slave Anymore' – the Non-Russian Women of Volga-Ural Region and ‘Women’s Question'

8. What did Historians do at the Time of the Great Revolution?

Epilogue: The Russian Tradition? Discourses of Tradition and Modernity

Matthias Neumann is a senior lecturer in History at the University of East Anglia, UK.

Andy Willimott is a lecturer in History at the University of Reading, UK.