Rethinking Ideology in the Age of Global Discontent
Bridging Divides 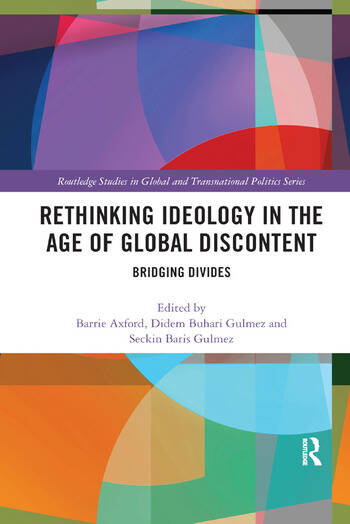 Rethinking Ideology in the Age of Global Discontent: Bridging Divides

Over the last decade, anti-government demonstrations worldwide have brought together individuals and groups that were often assumed unlikely to unite for a common cause due to differences in ideological tendencies. They have particularly highlighted the role of youth, women, social media, and football clubs in establishing unusual alliances between far left and far right groups and/or secular and religious segments of the society.

In this wide-ranging volume, the contributors question to what extent political ideologies have lost their explanatory power in contemporary politics and society. This book aims to contribute to the ongoing debates about the relationship between ideology and public protests by introducing the global context that allows the comparison of societies in different parts of the world in order to reveal the general patterns underlying the global era.

Tackling a highly topical issue, this book will be of particular interest to students and scholars of international relations, social movements and globalization.

Introduction by Barrie Axford, Didem Buhari Gulmez and Seckin Baris Gulmez   Section I— Dissent, Connectivity and Communication in a post-ideological world  1. "Mere connection? The transformative impact of new media on insurrectionary and usual politics" by Barrie Axford   2." Anti-Austerity Protest and Democratic Vision: The Struggle for a New Politics – The case of the Greek ‘Do Not Pay’ Social Movement" by Maria Rovisco, Anastasia Veneti and Stamatis Poulakidakos   3. "The role of social media-based citizen journalism practices in the formation of contemporary protest movements" by Erkan Saka   Section II— Comparative perspectives on social change and political activism  4. "Common Man’s upsurge against a ‘common nuisance’: The curious case of anti-corruption movement in India" by Mona Das   5. "The ‘New’ Tahrir Square: From Protesting to Occupying Public Sphere as a Global Pattern of Contestation" by Shaimaa Magued   6. "Resisting the World Cup in Brazil: when the global clashes with the urban" by Sérgio Veloso   7. "The ‘Euromaidan’, Democracy, and Political Values in Ukraine" by Ivan Katchanovski   Section III— Exploring Gezi Park protests: Different actors, different perspectives  8. "Right to the City: Insurgent Citizens of the Occupy Gezi Movement" by Ayhan Kaya   9. "Placing Gezi Park in Time" by Ozge Dilaver   10. "Understanding Turkey through ‘Gezi Park’: Revolt of a ‘Multitude’ Against the Islamist Government?" by Kemal Çiftçi   11. "Reconceptualizing State-Society Relations in Turkey: a Culture of Contestation from Gezi and Beyond" by Harriet Fildes

Barrie Axford is Professor of Politics at Oxford Brookes University and Director of the Centre for Global Politics, Economy and Society.

(PhD, London) is a lecturer in International Relations at Izmir University of Economics.