Reason, Faith and Otherness in Neoplatonic and Early Christian Thought 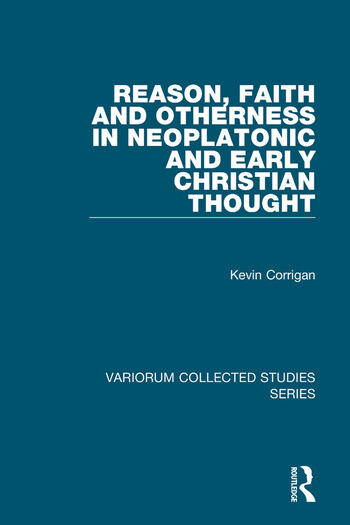 Reason, Faith and Otherness in Neoplatonic and Early Christian Thought

This book brings together a selection of Kevin Corrigan’s works published over the course of some 27 years. Its predominant theme is the encounter with otherness in ancient, medieval and modern thought and it ranges in scope from the Presocratics-through Plato, Aristotle, Plotinus and the late ancient period, on the one hand, and early Christian thought, especially Gregory of Nyssa, Augustine and, much later, Aquinas, on the other. Among the key questions examined are the relation between faith and reason; the nature of creation and insight, being and existence; literature, philosophy and the invention of the novel; personal, human and divine identity; the problem of evil (particularly here in Dostoevsky’s adaptation of a Platonic perspective); the character of ideas themselves; women saints in the early Church; love of God and love of neighbor; the development of Christian Trinitarian thinking; the strange notion of philosophy as prayer; and the mind/soul-body relation.

Contents: Preface; Athens, Jerusalem and…: overcoming the exclusivist paradigms of the past; Body and soul in ancient religious experience; Plato’s Symposium and Bakhtin’s theory of the dialogical character of novelistic discourse (with Elena Glazov-Corrigan); Making sense of creative horizons in the thought of Aristotle, Plotinus, and Plato; ‘Solitary’ mysticism in Plotinus, Proclus, Gregory of Nyssa and Pseudo-Dionysius; Syncletica and Macrina: two early Lives of women saints; The problem of personal and human identity; Ousia and Hypostasis in the Trinitarian theology of the Cappadocian fathers: Basil and Gregory of Nyssa; Love of God, love of self, and love of neighbor: Augustine’s critical dialogue with Platonism; The soul-body relation in and before Augustine; Simmias’ objection to Socrates in the Phaedo: harmony, symphony and later Platonic/Patistric responses to the mind/soul-body question; Light and metaphor in Plotinus and St Thomas Aquinas; From Parmenides to Anselm: philosophy as prayer; The irreconcilable opposition between the Platonic and Aristotelian conceptions of soul and body in some ancient and mediaeval thinkers; Ivan’s devil in The Brothers Karamazov in the light of a traditional Platonic view of evil; Religion and philosophy in the Platonic tradition. Bibliography; Index.