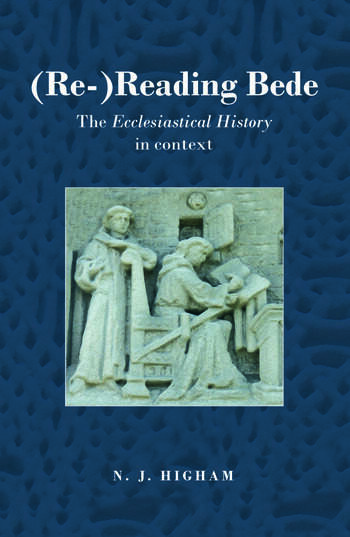 Bede's Ecclesiastical History is the most important single source for early medieval English history. Without it, we would be able to say very little about the conversion of the English to Christianity, or the nature of England before the Viking Age.

Bede wrote for his contemporaries, not for a later audience, and it is only by an examination of the work itself that we can assess how best to approach it as a historical source. N.J. Higham shows, through a close reading of the text, what light the Ecclesiastical History throws on the history of the period and especially on those characters from seventh- and early eighth-century England whom Bede either heroized, such as his own bishop, Acca, and kings Oswald and Edwin, or villainized, most obviously the British king Cædwalla but also Oswiu, Oswald's brother.

In (Re-)Reading Bede, N.J. Higham offers a fresh approach to how we should engage with this great work of history. He focuses particularly on Bede's purposes in writing it, its internal structure, the political and social context in which it was composed and the cultural values it betrays, remembering always that our own approach to Bede has been influenced to a very great extent by the various ways in which he has been both used, as a source, and commemorated, as man and saint, across the last 1,300 years.

N.J. Higham is Professor of Early Medieval and Landscape History at the University of Manchester. His publications include King Arthur: Myth-Making and History (Routledge, 2002) and the edited collection Edward the Elder (Routledge, 2001).

'Professor Higham is admirable in stressing how far, how intensely, Bede's inner world differed from that of modern readers...This is a reflective work, infused by a vigorous spirit of curious inquiry. Many students of Bede will turn to it, quite often.' – James Campbell, Worcester College, Oxford