Race and Labour in Twentieth-Century Britain 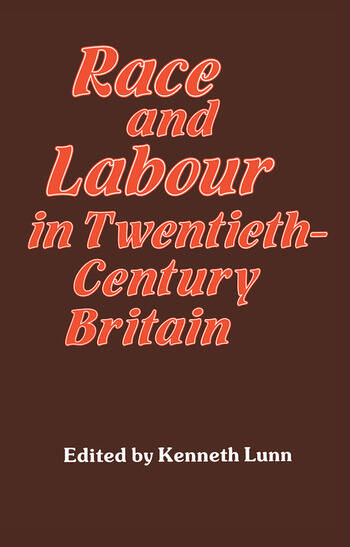 Race and Labour in Twentieth-Century Britain

This collection of essays was put together with a view to furthering the study of the history of immigration into Britain. Naturally enough, a good deal of attention in recent years has been directed at 'race relations' in Britain from the 1960s onwards. As Peter Fryer's study, Staying Power (1984), has shown, there is a rich and important history of black settlement before these years and its significance in shaping responses towards more recent migrants has still to be adequately evaluated. We are constantly being reminded of the legacy of empire and its importance in terms of influencing current policy and attitudes.

Race Relations or Industrial Relations?: Race and Labour in Britain, 1880-1950, Immigrants and Strikes: Some British Case Studies 1870-1914, The Glasgow Race Disturbances of 1919, Regulating the Reserve Army: Arabs, Blacks and the Local State in Cardiff, 1919-45, 'It is not a case of numbers' : A Case Study of Institutional Racism in Britain, 1941-43, Rationalization and the Politics of Segregation: Indian Workers in Britain's Foundry Industry, 1945-62, Race and Labour in Britain: A Bibliography