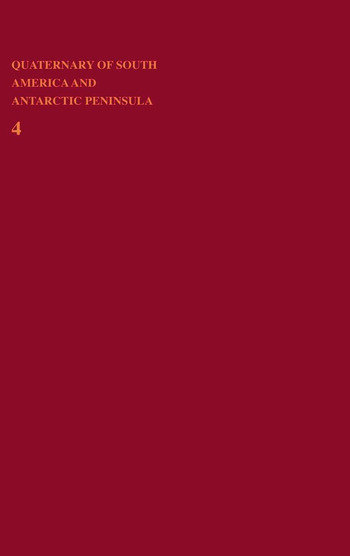 This volume comprises selected papers of the international symposium held in Sio Paulo, 1986. The papers deal with a range of topics from quaternary vertebrate palaeontology in Argentina and biostratigraphy of uppermost Cenozoic in the Pampean area to taxonomy, palaeoecology and palaeoenvironments.

1. The Quaternary sedimentary deposits in the States of Paraná and Santa Catarina coastal plains 2. Quaternary stratigraphy of two cores off the coast of Peru 3. Variability of beach ridges on the coast of Maricá (Rio de Janeiro, Brazil) 4. Morphology and hydrology of an equatorial coastal swamp : Example of the Sarcelle swamp in French Guiana 5. Geology of the Rio Grande do Sul Coastal Province 6. Quaternary sea level changes in the Falkland Islands 7. Consequence of relative sea-level changes during the 8. Quaternary on sandy coastal sedimentation: Examples from Brazil 9. Late Quaternary marine-estuarine sequences of the southeastern coast of Buenos Aires Province, Argentina 10. The carbonate buildups along the northern coast of the State of Bahia, Brazil 11. Aspects of the morpho-sedimentary evolution of French Guiana's coastline 12. Relative sea-level reconstruction during the last 7, 000 years along the States of Paraná and Santa Catarina coastal plains : Additional information derived from she11-middens 13. Evidence of sea level fluctuation in the Rio Grande do Sul Continental Shelf - Brazil 14. Geomorphic evolution of the catchment basin of Maricá (Rio de Janeiro) : An attempted correlation with sea-level variations 15. The Quaternary coastal deposits of the State of Alagoas: Influence of the relative sea-level changes 16. New data on Holocene sea transgression in the Beagle Channel: Tierra del Fuego, Argentina 17. Relative sea-level changes on a former glacial margin: Observed level and sedimentological changes vs theoretical models