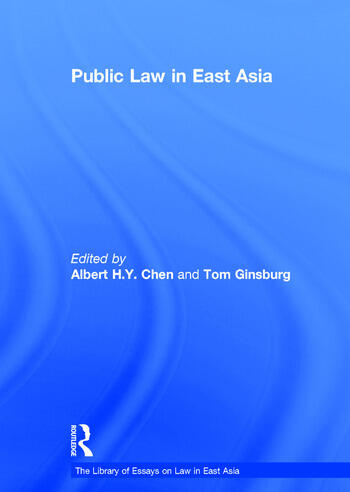 Public Law in East Asia is a collection of the leading English-language articles on constitutional and administrative law in the Asian region, written by many of the leading scholars from this area. The region has its own distinct legal and political traditions, and its systems of government have facilitated dynamic economic growth, but the role of public law has not been well understood. Covering a wide range of jurisdictions in a single volume, this collection provides insights into the ways in which institutions of Western origin have been integrated into Asian political and legal cultures, producing new syntheses.