Protestant Aesthetics and the Arts 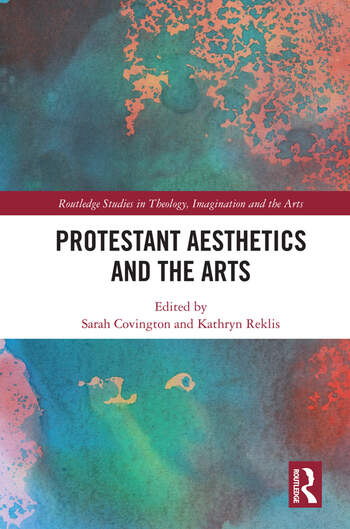 Protestant Aesthetics and the Arts

The Reformation was one of the defining cultural turning points in Western history, even if there is a longstanding stereotype that Protestants did away with art and material culture. Rather than reject art and aestheticism, Protestants developed their own aesthetic values, which Protestant Aesthetics and the Arts addresses as it identifies and explains the link between theological aesthetics and the arts within a Protestant framework across five-hundred years of history.

Featuring essays from an international gathering of leading experts working across a diverse set of disciplines, Protestant Aesthetics and the Arts is the first study of its kind, containing essays that address Protestantism and the fine arts (visual art, music, literature, and architecture), and historical and contemporary Protestant theological perspectives on the subject of beauty and imagination. Contributors challenge accepted preconceptions relating to the boundaries of theological aesthetics and religiously determined art; disrupt traditional understandings of periodization and disciplinarity; and seek to open rich avenues for new fields of research.

Building on renewed interest in Protestantism in the study of religion and modernity and the return to aesthetics in Christian theological inquiry, this volume will be of significant interest to scholars of Theology, Aesthetics, Art and Architectural History, Literary Criticism, and Religious History.

1 Introduction, by Kathryn Reklis
2 God, Language and the Use of the Senses: The Emergence of a Protestant Aesthetic in the Early Modern Period, by William Dyrness
3 Protestant Paintings: Artworks by Lucas Cranach and His Workshop, by Christiane Andersson
4 Tradition and Invention: German Lutheran Church Architecture, by Emily Fisher Gray
5 Forbidden Fruit? Protestant Aesthetics in Seventeenth-Century Dutch Still Life, by Julie Berger Hochstrasser
6 Anti-Papal Aesthetics and the Gunpowder Plot: Staging Barnabe Barnes’ The Devil’s Charter, by Adrian Streete
7 Unintended Aesthetics? The Artistic Afterlives of Protestant Iconoclasm, by Sarah Covington
8 Isaac Watts and the Theological Aesthetics of Evangelical Sacred Song, by Stephen A. Marini
9 Beauty and the Protestant Body: Aesthetic Abstraction in Jonathan Edwards, by Kathryn Reklis
10 Theology and Aesthetics in the Early Nineteenth Century: Kierkegaard’s Alternative to Hegel and Romanticism, by Lee C. Barrett
11 Karl Barth’s Doctrine of the Word of God, Mozart & Aesthetics in Four Movements, by Paul Louis Metzger
12 The Protestant Encounter with Modern Architecture, by Gretchen T. Buggeln
13  Jazz Religious and Secular, by Jason C. Bivins
14  “Gorgeousness inheres in anything”: The Protestant Origins of John Updike and Marilynne Robinson’s Aesthetics of the Ordinary, by Alex Engebretson
15  Black Protestantism and the Aesthetics of Autonomy: A Decolonial Theological Reflection, by Rufus Burnett
16  The Borderlands Aesthetics of Mexican-American Pentecostalism, by Lloyd Barba
17  Embodied Aesthetics and Transnational Korean Protestant Christianity, by Minjung Noh
18 Conclusion, by Sarah Covington

Sarah Covington is Professor of History at the Graduate Center and Queens College of the City University of New York, USA. She is the author of The Trail of Martyrdom: Wounds, Flesh and Metaphor in Seventeenth-Century England (2009) and The Trail of Martyrdom: Persecution and Resistance in Sixteenth-Century England (2003). Her articles have appeared in the Journal of Ecclesiastical History, Archiv für Reformationsgeschichte, Albion, Book History, Reformation, the Journal of Scottish Historical Studies, History, and Mortality, in addition to numerous book collections.

is Associate Professor of Modern Protestant Theology at Fordham University in New York City, USA. Her first monograph was Theology and the Kinesthetic Imagination: Jonathan Edwards and the Making of Modernity (2014) and she is currently at work on a history of the "Religion and Literature" movement in the mid-twentieth century. She is the On Media columnist for The Christian Century and holds affiliate positions in Comparative Literature and American Studies at Fordham.