Presidentialism in Turkey
Instability and Change 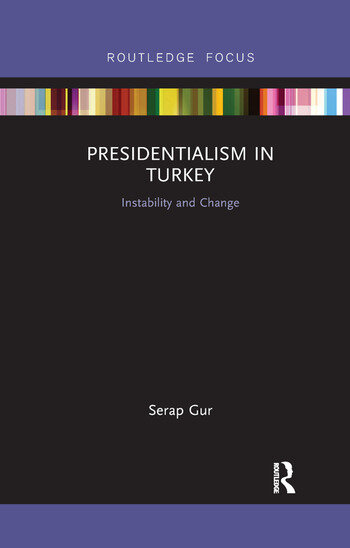 Presidentialism in Turkey: Instability and Change

Parliamentarism has been a presiding characteristic of the Turkish political tradition since the 1876 Ottoman constitution. In 1923, with the founding of the Turkish Republic, modern parliamentarism was implemented in Turkey. Since that time, Turkish politics has been turbulent, with four military coups, a number of short-lived multiparty coalitions, and several ineffective governments. Many scholars have argued that the main reason for this instability is the parliamentary system of government, so Turkey must therefore adopt a presidential system.

By including a comparison of all presidential, parliamentary, and semi-presidential systems, this book helps to shed new light on what is a very controversial topic in Turkey. It will therefore be a key resource for students and scholars of Turkish studies and comparative politics.

1 Introduction 2 The Structure of the Modern Turkish Republic 3 Is the Party Structure of Turkey Applicable to a Presidential System? 4 The Impacts of Form of Government Formation on Political, Economic and Social Development 5 Conclusion Appendix