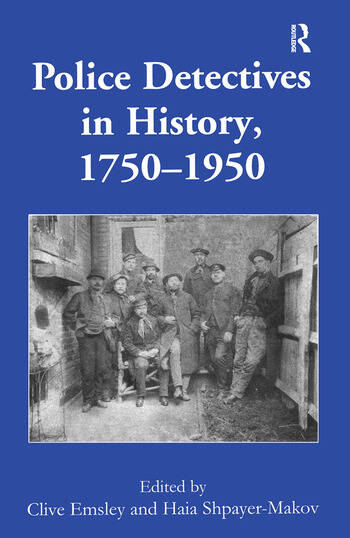 While the history of the uniformed police has prompted considerable research, the historical study of police detectives has been largely neglected; confined for the most part to a chapter or a brief mention in books dealing with the development of the police in general. The collection redresses this imbalance. Investigating themes central to the history of detection, such as the inchoate distinction between criminals and detectives, the professionalisation of detective work and the establishment of colonial police forces, the book provides a the first detailed examination of detectives as an occupational group, with a distinct occupational culture. Essays discuss the complex relationship between official and private law enforcers and examine the ways in which the FBI in the U.S.A. and the Gestapo in Nazi Germany operated as instruments of state power. The dynamic interaction between the fictional and the real life image of the detective is also explored. Expanding on themes and approaches introduced in recent academic research of police history, the comparative studies included in this collection provide new insights into the development of both plain-clothes policing and law enforcement in general, illuminating the historical importance of bureaucratic and administrative changes that occurred within the state system.

Professor Clive Emsley is from The Open University, UK. Professor Haia Shpayer-Makov is based at the University of Haifa, Israel.

’...an invaluable resource for those involved in researching the police and teaching police studies at under and postgraduate level. Highly recommended.’ Internet Law Book Reviews