Phenomenology and the Idea of Europe 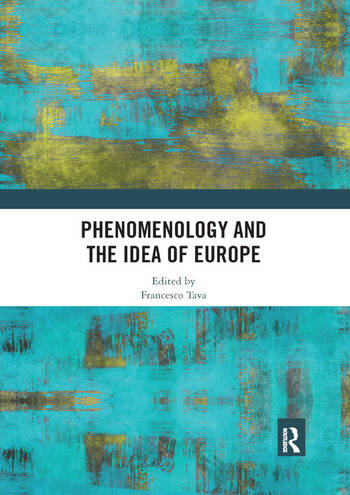 Phenomenology and the Idea of Europe

The meaning of Europe exceeds its territorial limits, and is not fully ascribable either to the events that characterized its history or to the institutions that regulated the lives of its inhabitants. Europe is all this, and yet it represents much more: a political concept and project, a cultural enterprise, and a system of power whose legitimacy is currently challenged by a series of internal and external crises that jeopardize its survival. There is no single definition that can describe what ‘Europe’ is, as this word evokes unity as much as division, solidarity and conflicts, progress and decadence, and coexistence and colonization. Besides all this, Europe is also a philosophical idea that, especially during the twentieth century, has captured the imaginations of many thinkers. Among these is the father of phenomenology, Edmund Husserl, as well as some of his followers, such as Merleau-Ponty, Levinas, and Patočka.

The objective of this book is to investigate how phenomenological philosophy addresses the great complexity of the idea of Europe. This involves tackling key problems that pertain not just to phenomenology and its method, but that reflects the contemporary social and political situation within a European frame: identity and heritage, democratization and integration, end and renewal, and Euroscepticism and Eurocentrism.

This book was originally published as a special issue of the Journal of the British Society for Phenomenology.

Introduction: Phenomenology and the idea of Europe  1. Europe: a postulate of phenomenological reason  2. European institutions?  3. The brave struggle: Jan Patočka on Europe’s past and future  4. Levinas, Europe and others: the postcolonial challenge to alterity  5. Nietzsche’s Europe: an experimental anticipation of the future  6. Europe and the Stranger

Francesco Tava is Senior Lecturer in Philosophy at the University of the West of England, UK. He is the author of The Risk of Freedom: Ethics, Phenomenology, and Politics in Jan Patočka (2015) and the co-editor of Thinking After Europe: Jan Patočka and Politics (2016).