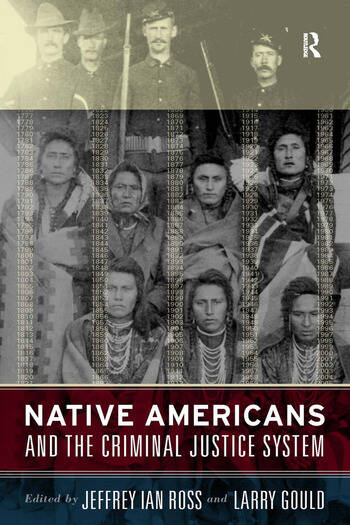 'This collection presents significant summaries of past criminal behavior, and significant new cultural and political contextualizations that provide greater understanding of the complex effects of crime, sovereignty, culture, and colonization on crime and criminalization on Indian reservations.' Duane Champagne, UCLA (From the Foreword) Native Americans and the Criminal Justice System offers a comprehensive approach to explaining the causes, effects, and solutions for the presence and plight of Native Americans in the criminal justice system. Articles from scholars and experts in Native American issues examine the ways in which society's response to Native Americans is often socially constructed. The contributors work to dispel the myths surrounding the crimes committed by Native Americans and assertions about the role of criminal justice agencies that interact with Native Americans. In doing so, the contributors emphasize the historical, social, and cultural roots of Anglo European conflicts with Native peoples and how they are manifested in the criminal justice system. Selected chapters also consider the global and cross-national ramifications of Native Americans and crime. This book systematically analyzes the broad nature of the subject area, including unique and emerging problems, theoretical issues, and policy implications.

“This book provides invaluable insight and data, not only with regard to one of the least considered facets of the judicial and penal systems, but a little- discussed dimension of the U.S. relationship with Anerican Indians. Sure to become a standard reference in the years ahead, Native Americans and the Criminal Justice System is important reading for anyone, scholars and laypersons alike, concerned with the (dis)function of law in our society.”
—Ward Churchill, author of Perversions of Justice: Indigenous Peoples and Anglo-American Law

“This collection presents significant summaries of past criminal behavior, and significant new cultural and political contextualizations that provide greater understanding of the complex effects of crime, sovereignty, culture, and colonization on crime and criminalization on Indian reservations.”
—Duane Champagne, UCLA (From the Foreword)

“This interdisciplinary text should be required reading for anyone interested in justice and Native peoples in the United States. By including perspectives from a wide variety of disciplines, Native Americans and the Criminal Justice System provides a comprehensive introduction to issues of criminal justice and tribal sovereignty.

Readers will come away with an appreciation for the historical, cultural, and legal issues facing practitioners and policymakers both inside and outside Indian country.”
—Sarah Deer (Muscogee), Staff Attorney, Tribal Law and Policy Institute Co-author, Introduction to Tribal Legal Studies and Tribal Criminal Law and Procedure

“High crime rates in 'Indian country' has long been recognized having a distinct form, sometimes similar, but often different from the crime problem in the rest of the United States. Finally, a collection of essays that broadly addresses crime in Indian America. Focusing on the major issues, and pulling no punches. These essays are powerfully analytical, well written, and ask the right questions.”
—Sidney Harring, CUNY School of Law