Nasser and the Missile Age in the Middle East 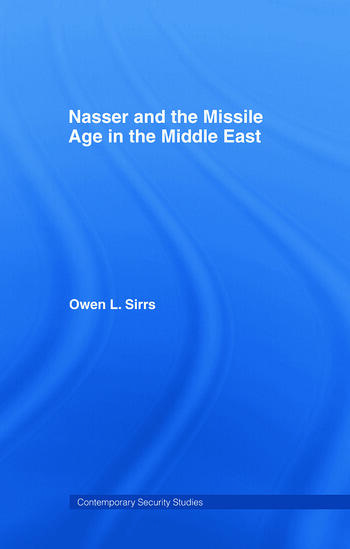 Nasser and the Missile Age in the Middle East

Egyptian efforts to acquire long-range surface-to-surface missiles in the early 1960s carry important lessons for our time, when weapons of mass destruction and charges of politicizing intelligence are key issues.

This new study traces the history of the early Egyptian ballistic missile program, which began with the successful recruitment of German scientists who had experience in Hitler’s V1 and V2 missile projects. Yet even as these Germans began their work on developing missiles for Egyptian President Gamal Abdel Nasser, Israeli intelligence was busy collecting information on their activities. Indeed, this intelligence sparked a crisis in the Israeli leadership; Prime Minister David Ben-Gurion, Golda Meir, Moshe Dayan, and other top Israeli officials anxiously debated strategies to grapple with this new threat to their national security. Ultimately, they adopted a multifaceted approach that included intimidation of the scientists and their families, appeals to the West German government to order the scientists’ recall and, finally, an attempt to involve the U.S. government in the intricacies of the Arab-Israeli conflict.

This book will be of great interest to scholars of proliferation, international relations, the Middle East, disarmament and security studies in general.