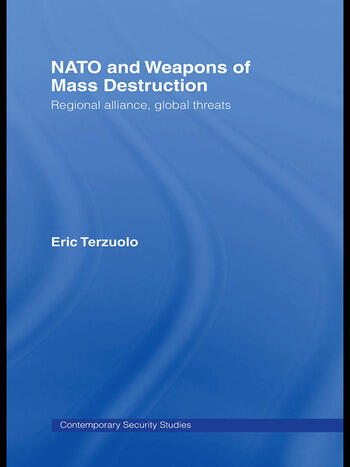 NATO was hugely successful in facing off the Soviet Union during the Cold War. But has it been equally successful in addressing the "new threats" of the post-Cold War era?

This new study assesses the organization’s political and military initiatives, and how its outreach to Russia, Ukraine, and other countries in the Euro-Atlantic and Mediterranean regions, devoted considerable attention to WMD proliferation risks. It also probes the political factors, both inside and outside NATO, as well as resource constraints, which have limited the alliance's "added value" in the international community's effort to combat proliferation.

The events of 11 September 2001 and bitter intra-alliance controversy over the 2003 Iraq intervention have highlighted questions regarding NATO's future role, and even its continued viability. This is a serious reflection on how the alliance should figure in the fight against WMD and terrorist threats and an examination of today’s key issues, including the use of force in international relations and the possibility of constructing new, post-Cold War collective security rules. This is the first study to evaluate, critically and in-depth, how a long-standing security organization has adapted - and must continue to adapt - to the global security challenges of our time.

This book will be of great interest to all students and scholars of international politics, military history and all readers interested in the future of NATO and international security.

This book will be of great interest to students of NATO, security studies and international relations in general.

Contents Acknowledgements List of Abbreviations Abstract Introduction Chapter 1. A New Cognizance of the WMD Threat, 1994-1999 Chapter 2. The Washington Summit Initiative on WMD, 1999-2001 Chapter 3. From 11 September to the Prague Summit Chapter 4. From Baghdad to Istanbul Chapter 5. NATO and WMD: Lessons for the Future? Selected Bibliography