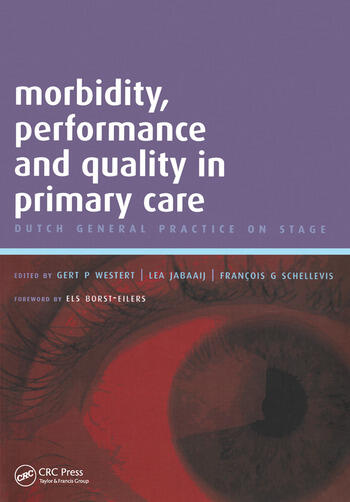 This book is based on the findings of a nationwide study, the aim of which was to analyse general practitioners' performance as gatekeepers of the Dutch healthcare system. The study was undertaken along six themes: the health of the population; inequalities in health; utilisation of care; quality of care; communication; organisation and workload. Morbidity, Performance and Quality in Primary Care involves 400,000 patients, 1.5 million recorded GP-patient contacts and 2.1 million drug prescriptions. This survey appears at a timely moment. It coincides with the recent interest in primary care arising not only from the growing importance of cost containment in healthcare, but also from the now firmly established association between the life expectancy of a population and the existence of a strong primary care sector. The international interest in the Dutch situation is reflected in several chapters, where experts from all over the world put Dutch general practice into an international perspective.