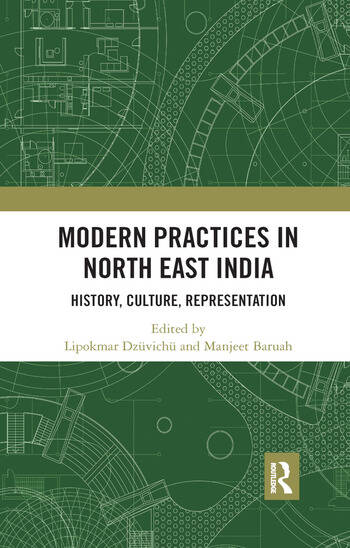 This book brings together essays on North East India from across disciplines to explore new understandings of the colonial and contemporary realities of the region. Departing from the usual focus on identity and politics, it offers fresh representations from history, social anthropology, culture, literature, politics, performance and gender.

Through the lens of modern practices, the essays in this volume engage with diverse issues, including state-making practices, knowledge production and its politics, history writing, colonialism, role of capital, institutions, changing locations of orality and modernity, production and reception of texts, performances and literatures, social change and memory, violence and gender relations, along with their wider historical, geographical and ideational mappings. In the process, they illustrate how the specificities of the region can become useful sites to interrogate global phenomena and processes — for instance, in what ways ideas and practices of modernity played an important role in framing the region and its people. Further, the volume underlines the complex ways in which the past came to be imagined, produced and contested in the region.

With its blend of inter-disciplinary approach, analytical models and perspectives, this book will be useful to scholars, researchers and general readers interested in North East India and those working on history, frontiers and borderlands, gender, cultural studies and literature.

List of figures. Contributors. Acknowledgements. Introduction: Frames of region and people: practices of knowledge and representation I: Region, Frontier and State 1. Region Formed and Imagined: Reconsidering Temporal, Spatial and Social Context of Kāmarūpa 2. Conquest and the Quotidian: Forms of Violence and the Making of Tripura (1760–1793) 3. The Arteries of Empire: Routes, People and Mobility in Colonial Naga Hills, 1850s – 1920s II: Knowledge, People and Representation 4: Vai phobia to Raj nostalgia: Sahibs, chiefs and commoners in colonial Lushai hills 5. Text, Knowledge and Representation: Reading Gender in Sumi Marriage Practices 6. Orality: Analysing Its Politics Within the Domains of the Mizo Narrative 7. Empire and the Making of a Narrative: The Ballad of the General and its History as a Historical Source in Colonial Assam III: Writing Culture, Writing Politics 8. Of People and their Stories: Writings in English from India’s Northeast 9. Close Encounters of the Real Kind: The Avatars of Terror in Two Assamese Short Stories 10: Subdued Eloquence: Poetics of Body Movement, Time and Space. Bibliography. Index