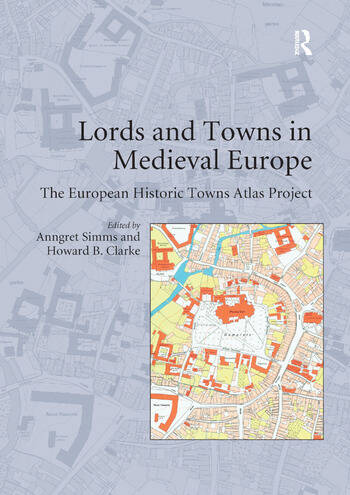 This volume is based on possibly the biggest single Europe-wide project in urban history. In 1955 the International Commission for the History of Towns established the European historic towns atlas project in accordance with a common scheme in order to encourage comparative urban studies. Although advances in urban archaeology since the 1960s have highlighted the problematic relationship between the oldest extant town plan and the actual origins of a town, the large-scale cadastral maps as they have been made available by the European historic towns atlas project are still necessary if we want to understand the evolution of the physical form of our towns. By 2014 the project consisted of over 500 individual publications from over 18 different countries across Europe. Each atlas comprises at least a core-map at the scale of 1:2500, analytical maps and an explanatory text. The time has come to use this enormous database that has been compiled over the last 40 years. This volume, itself based on a conference related to this topic that was held in the Royal Irish Academy in Dublin in 2006, takes up this challenge. The focus of the volume is on the question of how seigneurial power influenced the creation of towns in medieval Europe and of how this process in turn influenced urban form. Part I of the volume addresses two major issues: the history of the use of town plans in urban research and the methodological challenges of comparative urban history. Parts II and III constitute the core of the book focusing on the dynamic relationship between lordship and town planning in the core area of medieval Europe and on the periphery. In Part IV the symbolic meaning of town plans for medieval people is discussed. Part V consists of critical contributions by an archaeologist, an art historian and an historical geographer. By presenting case studies by leading researchers from different European countries, this volume combines findings that were hitherto not available in English

Anngret Simms is Professor Emeritus of Historical Geography at University College, Dublin and a member of the Royal Irish Academy. She has been a joint editor of the Irish Historic Towns Atlas from its very beginnings. She is one of the conveners of the atlas working group of the International Commission for the History of Towns.

Howard Clarke is Professor Emeritus of Medieval Socio-Economic History at University College, Dublin. He has long been an editor of the Irish Historic Towns Atlas and is the author of the fascicle for medieval Dublin. He is a member and former academic secretary of the Royal Irish Academy. He is also a member of the International Commission for the History of Towns.