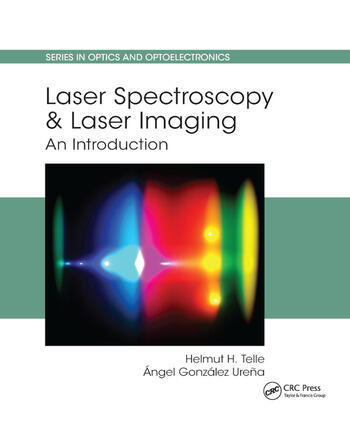 "a very valuable book for graduate students and researchers in the field of Laser Spectroscopy, which I can fully recommend"
—Wolfgang Demtröder, Kaiserslautern University of Technology

How would it be possible to provide a coherent picture of this field given all the techniques available today? The authors have taken on this daunting task in this impressive, groundbreaking text. Readers will benefit from the broad overview of basic concepts, focusing on practical scientific and real-life applications of laser spectroscopic analysis and imaging. Chapters follow a consistent structure, beginning with a succinct summary of key principles and concepts, followed by an overview of applications, advantages and pitfalls, and finally a brief discussion of seminal advances and current developments. The examples used in this text span physics and chemistry to environmental science, biology, and medicine.

This book is appropriate for anyone in the physical sciences, biology, or medicine looking for an introduction to laser spectroscopic and imaging methodologies.

is a full professor at the Instituto Pluridisciplinar, Universidad Complutense de Madrid, Spain.

Helmut H. Telle received his degrees in Physics from the University of Cologne, Germany, in 1972 (BSc), 1974 (MSc) and 1979 (PhD), respectively. He exploited his newly-gained experience in and passion for laser spectroscopy during an extensive postdoctoral research period, which found him expanding his horizons at universities and research institutions in Canada and France, at physics and chemistry departments. In 1984 he settled in Wales, United Kingdom, to embrace a career in teaching and research in laser physics at Swansea University. His research activities – both at Swansea and within the framework of numerous international collaborations – encompass a wide range of laser-spectroscopic techniques. These he used predominantly for trace detection of atomic and molecular species, and applied them to analytical problems in industry, biomedicine and the environment on the one hand, but also to various fundamental aspects in science on the other hand. After nearly 30 years in Wales, he relocated to Spain to join the Instituto Pluridisciplinar of Madrid’s Universidad Complutense. Here he pursues new frontiers in laser spectroscopy of exotic species of interest to astroparticle physics and astronomy.

graduated in chemistry from the University of Granada (Spain) in 1968, and then obtained his PhD in Physical Chemistry at the Universidad Complutense de Madrid in 1972. During the period 1972-1974 he carried out postdoctoral research at the Universities of Madison (Wisconsin, USA) and Austin (Texas, USA), embracing reaction dynamics in molecular beams. On his return to Spain he took up the position of Associate Professor in Chemical Physics at the Universidad Complutense de Madrid, and was promoted to Full Professor in 1983. The focus of his research activities mainly was on gas-phase, cluster and surface reaction dynamics, mostly utilizing molecular beam and laser spectroscopic techniques. In said