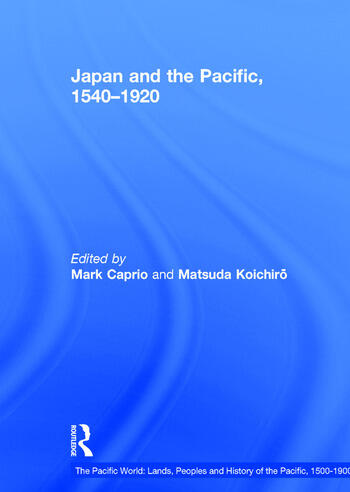 This volume seeks to capture the rich array of images that define Japan's encounters with the Pacific Ocean. Contemporary Japanese most readily associate 'Pacific' with the devastating war that their country fought over a half century ago. The ensuing occupation realized a situation that this people had striven to avoid ever since the Portuguese first arrived in 1543 - their subjugation by a foreign power. But the Pacific Ocean also extended Japan's overseas contacts. From antiquity Japanese and their neighbours crossed it to trade ideas and products. From the mid-16th century it carried people from more distant lands, Europe and America, and thus expanded and diversified Japan's cultural and economic exchange networks. From the late 19th century it provided the highway to transport Japanese imperial expansion in Northeast Asia and later to encourage overseas migration into the Pacific and the Americas. The studies selected for inclusion in this volume, along with the introduction, explain how the Pacific Ocean thus nurtured images of both threat and opportunity to the island nation that it surrounds.

Contents: Introduction. Japanese Views of the Pacific: Maps and metaphors of the 'small eastern sea' in Tokugawa Japan (1603-1868), Marcia Yonemoto; Japan discovers Australia: the emergence of Australia in the Japanese world view, 1540s-1900, Henry Frei. Diplomatic and Economic Relations: Sakai, East Asia's largest trading city: where did all the riches go?, Tsunoyama Sakae; A quarter century of trans-Pacific diplomacy: new Spain and Japan, 1592-1617, W. Michael Mathes; The entrenchment of the concept of 'national seclusion', Arano Yasunori; Exports of Japanese silver to China via Korea and changes in the Tokugawa monetary system during the 17th and 18th centuries, Tashiro Kazui; Early Russo-Japanese relations, George Alexander Lensen; On the nature of western progress: the journal of the Iwakura embassy, Eugene Sovial; The Meiji letters of Tsuda Ume, pioneer educator of women, Christine Chapman; East meets east: the Soejima mission to China, 1873, Wayne C. McWilliams. Expansion and Diaspora: Ayutthaya and Japan: embassies and trade in the seventeenth century, Nagazumi Yoko; The Japanese diaspora in the seventeenth century: according to Jesuit sources, Madalena Ribeiro; Strangers in a strange land, Steven W. Kohl; The opening of Korea and the Kanghwa Treaty of 1876, Brahm Swaroop Agrawai; Four Japanese: their plans for the expansion of Japan to the Philippines, Joseph M. Saniel; Japanese across the sea: features of Japanese emigration to the Russian Far East, 1875-1916, Igor R. Saveliev; Ameyuki-san: Japanese prostitutes in 19th-century America, Ichioka Yuji; The origin and development of Japanese settlement in Papua and New Guinea, 1890-1914, Iwamoto Hiromitsu. Index.

’... this book analyses various interesting topics regarding lesser-known subjects of the History of Japan and of its role in the Pacific Rim... The result is a very disciplined work of great academic value.’ Bulletin of Portuguese and Japanese Studies