Islamists of the Maghreb 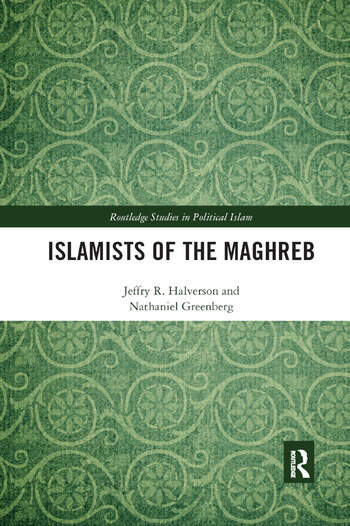 Islamists of the Maghreb

In 2011, the Maghreb occupied a prominent place in world headlines when Sidi Bouzid, Tunisia, became the birthplace of the so-called Arab Spring. Events in Tunisia sparked huge and sometimes violent uprisings. Longstanding dictatorships fell in their wake. The ensuing democratic reforms resulted in elections and the victory of several Islamist political parties in the Arab world.

This book explores the origins, development and rise of these Islamist parties by focusing on the people behind them. In doing so, it provides readers with a concise history of Sunni Islam in North Africa, the violent struggles against European colonial occupation, and the subsequent quest for an affirmation of Muslim identities in its wake. Exploring Islamism as an identity movement rooted in the colonial experience, this book argues that votes for Islamist parties after the Arab Spring reflected a universal human need for an authentic sense of self. This view contrasts with the popular belief that support for Islamists in North Africa reflects a dangerous "fundamentalist" view of the world that seeks to simply impose archaic religious laws on modern societies. Rather, the electoral success of Islamists in the Maghreb, like Tunisia's Ennahdha party, is rooted in a reaffirmation of the Arab-Islamic identities of the Maghreb states, long delayed by dictatorships that mimicked Western models and ideologies (e.g., Socialism). Ultimately, however, it is argued that this affirmation is a temporary phenomenon that will give way in time to the fundamental need for good governance, accountability, and a stable growing economy in these countries.

Written in an accessible format, and providing fresh analytical perspectives on Islamism in the Maghreb, this book will be a valuable tool for students and scholars of Political Islam and North African Politics.

, Ph.D., is an associate professor of religious studies (Islamic studies) in the Department of Philosophy and Religious Studies at Coastal Carolina University (USA). He previously served as an assistant research professor at Arizona State University(USA).

Ph.D., is an assistant professor of Arabic at George Mason University and an affiliate member of the Ali Varul Ak Center for Global Islamic Studies. His research centers on modern Arab intellectual history and aesthetics. His work includes The Aesthetic of Revolution in the Film and Literature of Naguib Mahfouz (1952-1967).