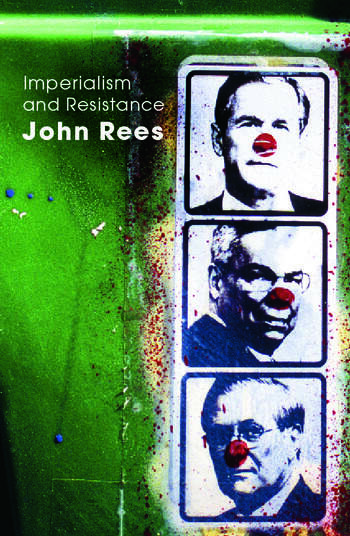 A unique critique of the new economic and military imperialism of the United States and its allies in the twenty-first century.

Inspired by the anti-globalization and anti-war movements, in which the author himself has played a crucial role, this is also an accessible introduction to the huge changes in global politics since the dominance of the American Empire with the end of the Cold War. It covers the key areas of:

This lively, provocative and practical book is an essential guide to the politics of the new world order, which also offers constructive suggestions on how the global resistance movement should develop. It is important new reading for activists, students and all those wanting to understand and challenge the new imperialism.

1. What is Imperialism?  2. Arms and America  3. The Economic Power of the United States  4. Globalization and Inequality in the World System  5. Conflict Between the Major Powers  6. Wars of the Post Cold War World  7. Oil and Empire  8. Resisting Imperialism

'John Rees has produced a brilliant analysis of the world today, set against a historical background and very well researched...it is scholarly and readable and will make a lot of sense to those trying to understand the implications of globalisation from an economic and political point of view.' - Tony Benn

'I know of few who speak and write more wisely of the danger we face from rapacious power, and what we should do about it, than John Rees.  This book is both a fine history and a timely call to arms, for potentially the greatest popular movement of our lifetime is stirring, and that's us.' - John Pilger

'This is a first-class analysis. Imperialism and Resistance is a must-read for all those who want to stop globalisation and the drive to war.' - George Galloway, MP

'Imperialism and Resistance' seeks to offer an interpretation of the new imperial age. Every set of ideas contains an imperative to action. Rees thinks that this is especially true of an analysis which describes an unstable and contradictory social system, contradictions which can only be resolved by political action. The stated purpose of this book is to assist in ensuring that such contradictions are solved by, and to the benefit of, the mass of people, not in the interests of the masters of war.'