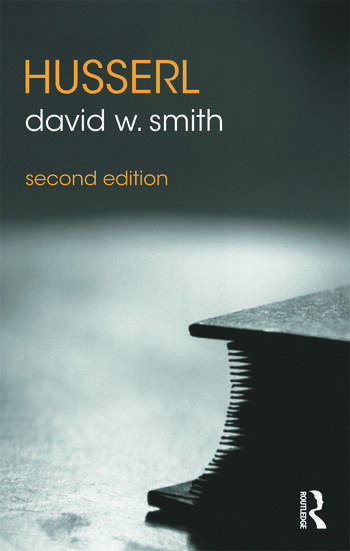 This second edition of David Woodruff Smith’s stimulating introduction to Husserl has been fully updated and includes a new ninth chapter featuring contemporary issues confronting Husserl’s phenomenology. It introduces the whole of Edmund Husserl’s thought, demonstrating his influence on philosophy of mind and language, on ontology and epistemology, as well as ethical theory, and on philosophy of logic, mathematics, and science.

Starting with an overview of Husserl’s life and works, and his place in twentieth-century philosophy and in Western philosophy as a whole, Smith introduces Husserl’s conception of phenomenology, explaining Husserl’s innovative theories of intentionality, objectivity, subjectivity, and intersubjectivity. In subsequent chapters Smith covers Husserl’s logic, metaphysics, realism and transcendental idealism, epistemology, and (meta)ethics. Finally, the author assesses the significance and implications of Husserl’s work for contemporary philosophy of mind and cognitive science.

Also included is a timeline, glossary, and extensive suggestions for further reading, making Husserl, second edition, essential reading for anyone interested in phenomenology, twentieth-century philosophy, and the continuing influence of this eminent philosopher.

Praise for the first edition:

"...fulfils its aims admirably, providing an advanced introductory survey of the whole of Husserl's vast empire, together with provocative and illuminating interventions on a number of important particular points and disputes." - Wayne Martin, Notre Dame Philosophical Reviews

"This is a first-rate volume... the text is rich with historical background and comment. But it is the clarity and depth of understanding with which David W. Smith explains the material that is so overwhelmingly present. An excellent work." - Gayle L. Ormiston, Marshall University, USA

"A masterful presentation of the entire range of Husserl's thinking, seen from the perspective of a leading analytical phenomenologist." - Barry Smith, University of Buffalo, USA