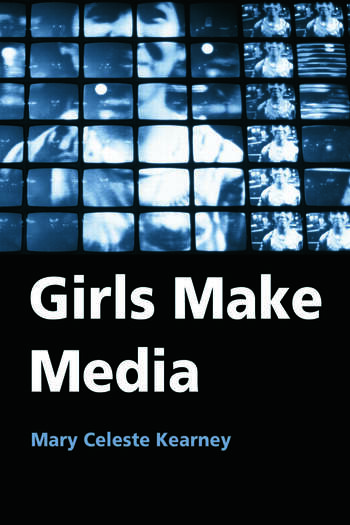 More girls are producing media today than at any other point in U.S. history, and they are creating media texts in virtually every format currently possible--magazines, films, musical recordings, and websites.
Girls Make Media explores how young female media producers have reclaimed and reconfigured girlhood as a site for radical social, cultural, and political agency. Central to the book is an analysis of Riot Grrrl--a 1990s feminist youth movement from a fusion of punk rock and gender theory-and the girl power movement it inspired. The author also looks at the rise of girls-only media education programs, and the creation of girls' studies.
This book will be essential reading for anyone seeking to understand contemporary female youth in today's media culture.

Mary Celeste Kearney is Assistant Professor of Radio, Television, and Film at the University of Texas at Austin.

"This book makes a major intervention in the discourse on U.S. girl culture—refiguring girls as active producers rather than passive consumers of media. While there is a growing emphasis on exploring the recent turn toward learner-centered education and young people's interactive relations with popular culture, the focus is still usually on young males—whether gamers, rap performers, hackers, web designers, or remix artists. Building on the pioneering work of Angela McRobbie and Jenny Garber and her own previous writings on Riot Grrrl (a feminist youth movement from the early 1990s), Kearney succeeds both in theorizing and defining what is unique in the American cultural practices of girl power"–Marsha Kinder, author of Kids' Media Culture and Playing with Power in Movies, Television and Videogames

"An important groundbreaking contribution to the emerging field of girls' studies--contains some of the best analyses I've read of the production of specific girls' cultures in the realms of publication, music, video, and film, subcultures, and identities." -- Douglas Kellner, author of Media Culture and Media Spectacle

"The truly unruly activities detailed in Girls Make Media come from smart, involved girls who are active agents breaking down the narrow confines of gender, sexuality, race, age, and class, and exercising power through a new female gaze. ... I recommend it to anyone who is interested in youth-produced media, media education, adolescence, and/or girl culture."--Amy Aidman, Popular Communication