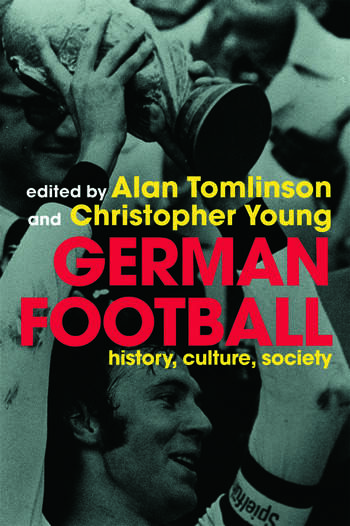 The expert team of German and British contributors offers wide-ranging perspectives on the significance of football in German sporting and cultural life, showing how it has emerged as a focus for an expression of German national identity and pride in the post-war era.

Some of the themes examined include:

Key moments in the history of German football are also explored, such as the victories in 1954, 1972 and 1990, the founding of the Bundesliga, and the winning bid for the 2006 World Cup.

Professor Alan Tomlinson is Professor of Leisure Studies in the Sport and Leisure Cultures research group at the University of Brighton, UK and Head of the Chelsea School Research Centre. He is the former editor of the International Review for the Sociology of Sport and author of Badfellas – FIFA Family at War.

Dr Christopher Young is Senior Lecturer in the Department of German, University of Cambridge and Fellow and Director of Studies in Modern and Medieval Languages at Pembroke College. He has been a Fellow of the Alexander von Humboldt Foundation and is the author of seven books on German language, literature and culture.

'German Football...should be required reading for all serious football-as-sociology pundits ahead of this year's World Cup.' - Andrew Baker, telegraph.co.uk, 5 Januray 2006