Geography, Religion, Gods, and Saints in the Eastern Mediterranean 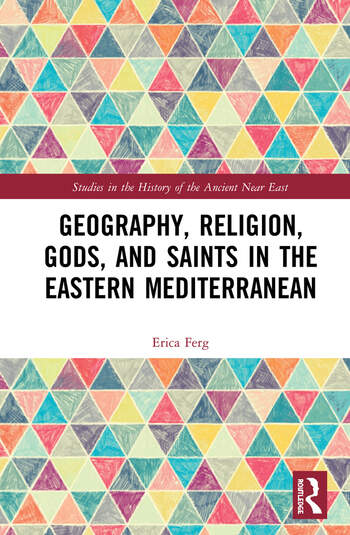 Geography, Religion, Gods, and Saints in the Eastern Mediterranean

In the Levant, agricultural communities of Jews, Christians, and Muslims jointly venerated and largely shared three important saints or holy figures: Jewish Elijah, Christian St. George, and Muslim al-Khiḍr. These figures share ‘peculiar’ characteristics, such as associations with rain, greenness, fertility, and storms. Only in the Eastern Mediterranean are Elijah, St. George, and al-Khiḍr shared between religious communities, or characterized by these same agricultural attributes – attributes that also were shared by regional religious figures from earlier time periods, such as the ancient Near Eastern Storm-god Baal-Hadad, and Levantine Zeus. This book tells the story of how that came to be, and suggests that the figures share specific characteristics, over a very long period of time, because these motifs were shaped by the geography of the region. Ultimately, this book suggests that regional geography has influenced regional religion; that Judaism, Christianity, and Islam are not, historically or textually speaking, separate religious traditions (even if Jews, Christians, and Muslims are members of distinct religious communities); and that shared religious practices between members of these and other local religious communities are not unusual. Instead, shared practices arose out of a common geographical environment and an interconnected religious heritage, and are a natural historical feature of religion in the Eastern Mediterranean.

1.Geography and Religion in the Eastern Mediterranean

3. Ancient Near Eastern Religion and the Storm-God Baal-Hadad

4. The Hebrew Bible and Elijah

6. The Emergence of Islam and Al-Khiḍr

Erica Ferg is an assistant professor in the Liberal Arts department at Regis University in Denver, Colorado, where she teaches courses on Islam, Christianity, Judaism, world religions, and religious studies theories and methods. Her doctorate is in the Study of Religion, and her area of specialization is Eastern Mediterranean comparative religious history. Her research focuses on Mediterranean comparative religion, comparative linguistics, and archaeology. Prior to academia, Erica was a Persian linguist in the United States Air Force. Erica is at work on her second book, entitled Starry Nights: A Celestial History of Religion in the Mediterranean.