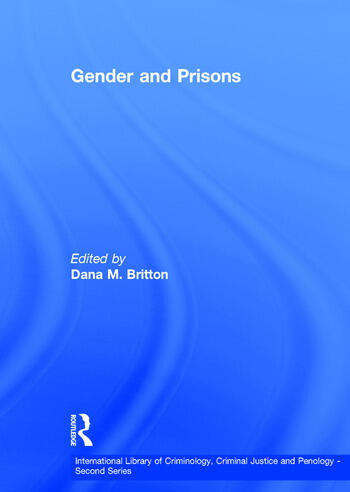 Prison is unquestionably one of the most sex-segregated of all social institutions. From the first incarnations of the carceral project more than two centuries ago, reformers and penologists earnestly turned their attention to the construction of 'Christian gentlemen' and 'respectable ladies'. Vestiges of these projects remain to the present day, though often in radically different forms. Academic work exploring the construction of prison related gender has been a relatively recent development within the last quarter century. Included in this volume are twenty-two key articles exploring prison history, the state and gendered social control, gender and work in prisons and the gendered experience of incarceration. The introductory essay places these areas in the context both of more conventional sociologies of gender (highlighting both masculinities and femininities) and traditional scholarship on the prison, arguing for a return of this increasingly important social institution from the instrumentalist domains of criminal justice to the heart of sociological theorizing on topics of gender and social control.

Dana M. Britton is Associate Professor of Sociology in the Department of Sociology, Anthropology and Social Work, at Kansas State University, USA.