Environmental and Human Security in the Arctic 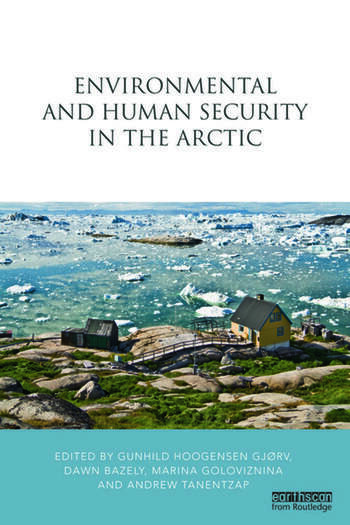 Environmental and Human Security in the Arctic

This is the first comprehensive exploration of why human security is relevant to the Arctic and what achieving it can mean, covering the areas of health of the environment, identity of peoples, supply of traditional foods, community health, economic opportunities, and political stability. The traditional definition of security has already been actively employed in the Arctic region for decades, particularly in relation to natural resource sovereignty issues, but how and why should the human aspect be introduced? What can this region teach us about human security in the wider world?

The book reviews the potential threats to security, putting them in an analytical framework and indicating a clear path for solutions.Contributions come from natural, social and humanities scientists, hailing from Canada, Russia, Finland and Norway.

Environmental Change and Human Security in the Arctic

is an essential resource for policy-makers, community groups, researchers and students working in the field of human security, particularly for those in the Arctic regions.

Gunhild Hoogensen is Associate Professor in International Relations at the University of Tromsø , Norway.

Dawn Bazely is Professor of Biology at York University, Toronto and is Director of IRIS, the university's Institute for Research and Innovation in Sustainability (2006-11, 2012-13). Trained in the ecological field of plant-animal interactions, at the universities of Toronto and Oxford, she has carried out extensive field research in grasslands and forests, from temperate to arctic regions. She led the Canadian section of the International Polar Year project, GAPS, Gas, Arctic Peoples and Security, and recently spent her sabbatical as a Charles Bullard Fellow at Harvard Forest, Harvard University.

Marina Goloviznina is a post-doctoral fellow at the University of Tromsø in the Department of Sociology, Political Science and Community Planning.

Andrew Tanentzap is Banting Fellow at York University in the Department of Biology.

"Environmental and human security in the Arctic opens up and presents many timely and important issues that solidify the non-military approach to security". - Nikolas Sellheim, University of Lapland, Finland