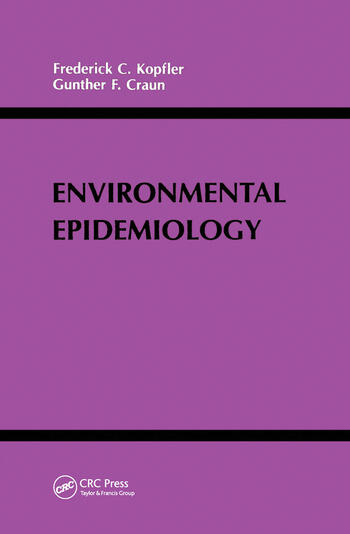 This informative book is valuable to a broad spectrum of individuals active in the environmental and health sciences, including chemists, epidemiologists, and mathematics modelers, as well as those involved with measurement and effects of numerous kinds of drinking water contamination and both indoor and ambient air pollution. Environmental researchers involved with human exposure to toxic substances, regulators and administrators will also find this work of value.

Detection of Aflatoxin B1 Guanine Adducts in Human Urine Samples from Kenya. Assessment of Human Exposure to Chemicals Through Biological Monitoring. The Monitoring of Exposure to Carcinogens by the GC-MS Determination of Alkylated Amino Acids in Hemoglobin and of Alkylated Nucleic Acid Bases in Urine. Determining DNA Adducts by Electrophore Labeling-GC. Quantification of Tissue Doses of Carcinogenic Aromatic Amines. The Feasibility of Conducting Epidemiologic Studies of Populations Residing Near Hazardous Waste Disposal Sites. Feasibility Study to Relate Arsenic in Drinking Water to Skin Cancer in the United States. Use and Misuse of Existing Data Bases in Environmental Epidemiology: The Case of Air Pollution. Opening and Controlling Access to Medicare Data. Drinking Water Quality Data Bases. The FDA Total Diet Study Program. Overview of EPA Major Air Data Bases. National Data Base on Body Burden of Toxic Chemicals. Broad Scan Analysis of Human Adipose Tissue from the EPA FY 82 NHATS Repository. Results from the First Three Seasons of the TEAM Study: Personal Exposures, Indoor-Outdoor Relationships, and Breath Levels of Toxic Air Pollutants Measured for 355 Persons in New Jersey. Inhalation Exposures in Indoor Air to Trichloroethylene from Shower Water. Drinking Water Characteristics and Cardiovascular Disease in a Cohort of Wisconsin Farmers. Empirical Estimation of Exposure in Retrospective Epidemiologic Studies. Evaluation of Lead Exposures in the Environment and Their Contribution to Blood Lead Levels in Children. The Use of Industrial Hygiene Data in Occupational Epidemiology. 281 pp., 1986, ISBN 0-87371-073-8.

FREDERICK C. KOPFLER is presently Chief of the Chemical and Statistical Support Branch, Toxicology and Microbiology Division, Health Effects Research Laboratory, U.S. Environmental Protection Agency, Cincinnati, Ohio. He obtained his BS in chemistry from Southeastern Louisiana University in 1960 and advanced degrees in biochemistry and food science from Louisiana State University. After completing a National Research Council-sponsored postdoctoral appointment in the Pioneering Research Laboratory for Animal Proteins at the U.S. Department of Agriculture, he was involved in environmental research with the U.S. Public Health Service and, since its formation in 1970, has been associated with the U.S. Environmental Protection Agency (EPA). Dr. Kopfler has worked closely with epidemiologists in designing studies of the relationship between drinking water chlorination practices and cancer incidence in consumers, and studies of mineral and trace element content of drinking water and the occurrence of cardiovascular disease. His current research areas include isolation of organic contaminants from water for toxicological testing and the identification of the reaction products of chlorine with biological chemicals., GUNTHER F. CRAUN has served in various capacities over the past twenty years as an environmental engineer and epidemiologist with the U.S. Public Health Service and the U.S. Environmental Protection Agency (EPA). Since 1970, he has been associated with EPA's drinking water and health research activities. His current research interests include relationships between drinking water contaminants and cardiovascular disease, cancer, and infectious diseases. He received his education in civil engineering (BS) and sanitary engineering (MS) at Virginia Polytechnic Institute, and public health (MPH) and epidemiology (MS) at Harvard University. He is registered as a professional engineer in the Commonwealth of Virginia., Mr. Craun has authored and coauthored numerous articles in the international scientific, public health, and engineering literature. The American Water Works Association and the New England Water Works Association have recognized Mr. Craun for his work on waterborne disease outbreaks and trace metals in the drinking water of the Boston metropolitan area. The EPA awarded Mr. Craun a meritorious performance citation for his participation in the Community Water Supply Study, which identified deficiencies in the nation's public water supplies., Mr. Craun is a member of the International Association of Milk, Food, and Environmental Sanitarians Committee on Communicable Diseases Affecting Man, and from 1977 to 1982 he served as chairman of the American Water Works Association Committee on the Status of Waterborne Disease Outbreaks in the United States and Canada. Mr. Craun served as liaison representative to the National Research Council's Safe Drinking Water Committee from 1974 to 1977, and as a member of the World Health Organization Working Group on Sodium Chloride, and Conductivity in Drinking Water in 1978. He has also served as a member of the Water Pollution Control Federation Research Committee and the International Association on Water Pollution Research Study Group on Virology., Mr. Craun is currently Coordinator of the Environmental Epidemiology Program in EPA's Health Effects Research Laboratory, Cincinnati, Ohio. In his present capacity, he works with a number of other government agencies, including the National Cancer Institute and Oak Ridge National Laboratory, on epidemiological studies of drinking water contaminants. He is also involved in projects with the National Academy of Sciences and the University of Pittsburgh Center for Environmental Epidemiology to identify new research areas and methodologies for environmental epidemiology. 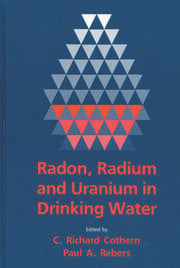