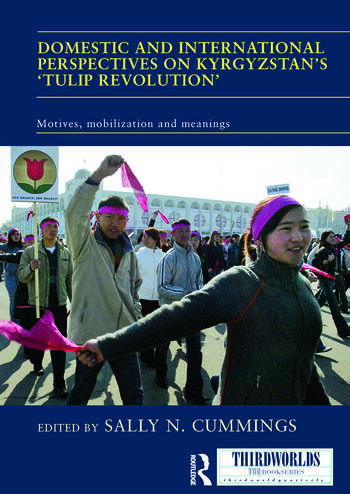 In early 2005 regional protests in Kyrgyzstan soon became national ones as protesters seized control of the country’s capital, Bishkek. The country’s president for fifteen years, Askar Akaev, fled the country and after a night of extensive looting, a new president, Kurmanbek Bakiev, came to power. The events quickly earned the epithet ‘Tulip Revolution’ and were interpreted as the third of the colour revolutions in the post-Soviet space, following Ukraine and Georgia. But did the events in Kyrgyzstan amount to a ‘revolution’? How much change followed and with what academic and policy implications? This innovative, unique study of these events brings together a new generation of Kyrgyz scholars together with established international observers to assess what happened in Kyrgyzstan and after, and the wider implications.

This book was published as a special issue of Central Asian Survey.

2. March and After: What Has Changed? What has Stayed the Same?  Erica Marat, Research Fellow with the Central Asia-Caucasus Institute & Silk Road Studies Program Joint Center

7. The dynamics of regime change: international and domestic factors in the "Tulip revolution"  David Lewis, Senior Research Fellow in the Department of Peace Studies at Bradford University