Disposable Women and Other Myths of Global Capitalism 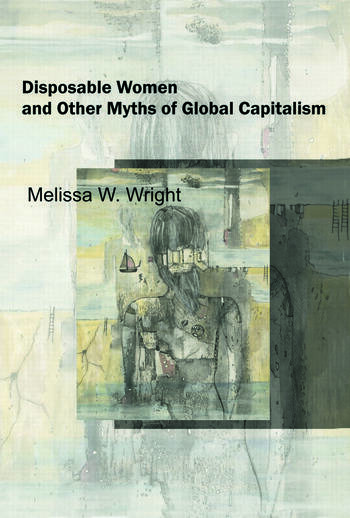 Disposable Women and Other Myths of Global Capitalism

Everyday, around the world, women who work in the Third World factories of global firms face the idea that they are disposable. Melissa W. Wright explains how this notion proliferates, both within and beyond factory walls, through the telling of a simple story: the myth of the disposable Third World woman. This myth explains how young women workers around the world eventually turn into living forms of waste. Disposable Women and Other Myths of Global Capitalism follows this myth inside the global factories and surrounding cities in northern Mexico and in southern China, illustrating the crucial role the tale plays in maintaining not just the constant flow of global capital, but the present regime of transnational capitalism. The author also investigates how women challenge the story and its meaning for workers in global firms. These innovative responses illustrate how a politics for confronting global capitalism must include the many creative ways that working people resist its dehumanizing effects.

Introduction: Disposable Women and Other Myths of Global Capital

Chapter 4: The Dialectics of Still Life: Murder, Women and Disposability

Melissa W. Wright is Associate Professor of Geography and Women's Studies at The Pennsylvania State University.

"Melissa Wright skillfully weaves together ethnographic detail and theoretical complexity to illuminate the raced and gendered processes that produce the ‘disposable’ third world woman worker who is nevertheless indispensable to the global economy. A must-read for anyone interested in the interplay between myths and markets, ideologies and institutions that shape women's work and subjectivities in the factories of contemporary capitalism."

"Melissa Wright courageously crosses innumerable borders to track down the myth of the disposable third world woman. Not only does she cross the literal borders between the US, Mexico and China, but she also moves elegantly between gender and class analysis, between the intensity of ethnographic experience and the subtle expansiveness of social theory, between multiple disciplinary sites and above all between geography, political economy and gender, to reveal the origins of the myth, how it circulates and with what devastating consequences for those who are its victims and with what grandiose rewards for all those (both producers and consumers) who benefit from its perpetuation.  This is a must read for anyone interested in understanding what that fraught term ‘globalization’ really means."

—David Harvey, author of A Brief History of Neoliberalism

"Wright’s engaging fieldwork-based storytelling is shot through with sophisticated yet accessible theory and this will beckon me to her volume again and again. Students, scholars from a range of disciplines, and activists will all find ideas with which to engage. The book should be read by those with interests in globalization, geographies of manufacturing, Mexico, China, and U.S. trade with these countries. In addition, this a must read for anyone with an interest in gender and work. The volume would be suitable for use in courses in feminist geography, globalization, gender and work, women’s studies, social theory, and economic geography. Meticulous fieldwork and deft theory-building craft make this a fascinating study that deserves a wide audience."

--Karen Falconer Al-Hindi, Department of Geography/Geology and Women’s Studies Program, University of Nebraska at Omaha, Annals of the Association of American Geographers, March 2008

"...Wright offers an excellent analysis of how women's work is at once skilled and deskilled, arguing that the dissolution of people into mere bodies (and body parts)-at least in terms of their valuing in capitalism-is not a function of only "discourse" but of actual practice, which is to say struggle."