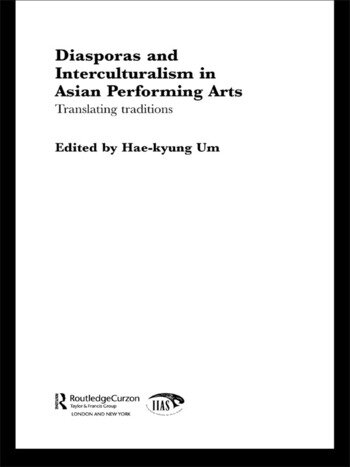 In an age of globalization, performance is increasingly drawn from intercultural creativity and located in multicultural settings. This volume is the first to focus on the performing arts of Asian diasporas in the context of modernity and multiculturalism. The essays locate the contemporary performing arts as a discursive field in which the boundaries between tradition and translation, and authenticity and hybridity are redefined and negotiated to create a multitude of meaning and aesthetics in global and local contexts.
With contributions from scholars of Asian studies, theatre studies, anthropology, cultural studies, dance ethnology and musicology, this truly interdisciplinary work covers every aspect of the sociology of performance of the Asian diasporas.

Acknowledgements  Notes on Contributors  Introduction  Part 1: Asian Diasporas and Performing Arts  1. Power, Identity, Modernity and the Performing Arts among Diasporas: Background Ideas from the Chinese Case  2. Morphing Chineseness: The Changing Image of Chinese Music Clubs in Singapore  3. Community, Identity and Performing Arts: The Korean Diaspora in China and the former Soviet Union  4. Dancing in the Tomb of Samba: Japanese-Brazilian Presence/Absence in São Paulo Carnival  5. Noisy Intersection: Ethnicity, Authenticity and Ownership in Asian American Taiko  6. Arangetrams and Manufacturing Identity: The Changing Role of a Bharata Natyam Dancer's Solo Debut in the Context of the Diaspora  7. South Asian Music in Britain  8. Idealization and Changes in the Music of the Cambodian Diaspora  9. Nagi Music and Community: Belonging and Displacement in Larantuka, Eastern Indonesia  Part 2: Intercultural Performances and Transnational Audiences  10. Jingju (Beijing/Peking Opera) as International Art and as Transnational Root of Cultural Identification: Process of Creation and Reception in Shanghai, Nanjing and Honolulu  11. 'Mirrors' of West and 'Mirrors' of East: Elements of Gagaku in Post-War Art Music  12. Theatrical Collaboration in the Age of Globalization: The Gekidan Kaitaisha-NYID Intercultural Collaboration Project  Afterword  Index

Hae-kyung Um is Lecturer in the School of Anthropological Studies at Queen's University Belfast, Northern Ireland.