Cultural Evolution and its Discontents
Cognitive Overload, Parasitic Cultures, and the Humanistic Cure 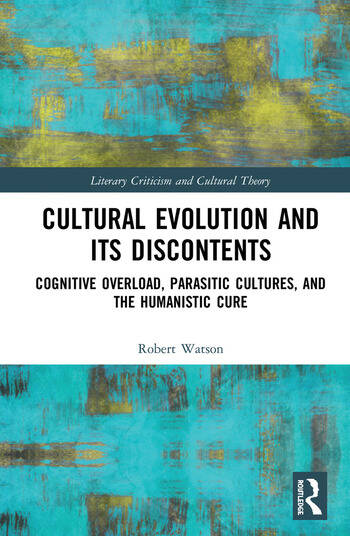 Cultural Evolution and its Discontents: Cognitive Overload, Parasitic Cultures, and the Humanistic Cure

People worry that computers, robots, interstellar aliens, or Satan himself – brilliant, stealthy, ruthless creatures – may seize control of our world and destroy what’s uniquely valuable about the human race. Cultural Evolution and its Discontents shows that our cultural systems – especially those whose last names are "ism" – are already doing that, and doing it so adeptly that we seldom even notice. Like other parasites, they’ve blindly evolved to exploit us for their own survival. Creative arts and humanistic scholarship are our best tools for diagnosis and cure.

The assemblages of ideas that have survived, like the assemblages of biological cells that have survived, are the ones good at protecting and reproducing themselves. They aren’t necessarily the ones that guide us toward our most admirable selves or our healthiest future. Relying so heavily on culture to protect our uniquely open minds from cognitive overload makes us vulnerable to hijacking by the systems that co-evolve with us.

Recognizing the selfish Darwinian functions of these systems makes sense of many aspects of history, politics, economics, and popular culture. What drove the Protestant Reformation? Why have the Beatles, The Hunger Games, and paranoid science-fiction thrived, and how was hip-hop co-opted? What alliances helped neoliberalism out-compete Communism, and what alliances might enable environmentalism to overcome consumerism? Why are multiculturalism and university-trained elites provoking working-class nationalist backlash? In a digital age, how can we use numbers without having them use us instead?

Anyone who has wondered how our species can be so brilliant and so stupid at the same time may find an answer here: human mentalities are so complex that we crave the simplifications provided by our cultures, but the cultures that thrive are the ones that blind us to any interests that don’t correspond to their own.

Memeplexes are clusters of ideas and habits that persist in societies often because they can reproduce themselves well rather than because they benefit us. Watson’s fiercely intelligent, intelligently fierce book argues that we need the arts, the humanities, and universities to recognize and c​ritique the memeplexes we often do not even realize shape and skew our choices. Drawing on art and science, mixing high culture and low, applying the long perspective to current predicaments, Cultural Evolution and its Discontents teems with ideas, insights, and challenges: not just food for thought but a banquet for the mind and a diet for change. Anyone who weirdly supposes that "evolution" when applied to humans must mean the status quo rather than transformation—transformation we can partly direct—will have to think again.

Brian Boyd, The University of Auckland

Author of 'On the Origin of Stories: Evolution, Cognition, and Fiction'