Creativity and Sexuality
A Kabbalistic Perspective 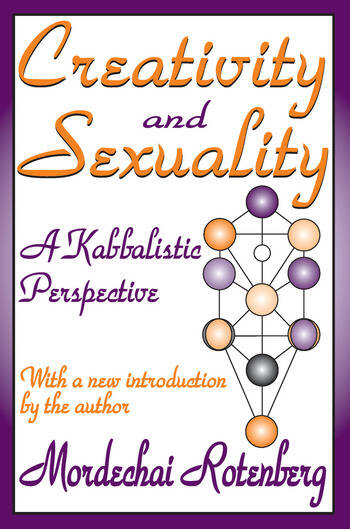 Creativity and Sexuality: A Kabbalistic Perspective

Judaism openly recognizes, as an integral part of human nature, the enigmatic relationship between yetzer, or physical desire, and yetzirah, or spiritual creativity. Creativity and Sexuality, written as a fictional dialogue, clearly delineates the psychic interdependence of these two drives, as well as the integration of the concepts as they are defined by both Jewish mysticism and modern psychology.

Mordechai Rotenberg is interested in the impact of religion on the psychology of everyday life. He was prompted to write Creativity and Sexuality by the popularity of writings that explore Jewish texts on the subject of sexuality from a historical or literary point of view, but that do not hesitate to include psychological evaluations based on popular secondary psychological concepts. This work seeks to provide an accurate psychological analysis of sexuality and spirituality from a Jewish mystical perspective. As such, it both reconstructs the interdisciplinary bridge between Judaism and psychology and deconstructs some exegetical traditions. The goal is to present new paradigmatic options, which may help modern society struggle more efficiently with its sexuality. Ultimately, the author sees physical desire and spiritual creativity as a regulative continuum. People learn how to spend the tremendous power of energy that the sexual yetzer produces not only on physical sex, but on the spiritual yetzirah.

In an introduction written especially for this new edition, the author explains the continuing relevance of Creativity and Sexuality, and the ongoing relationship between sexual desire and a healthy spiritual self-fulfillment. This volume will be of interest to students of Judaism, psychology, mysticism, and sexuality.