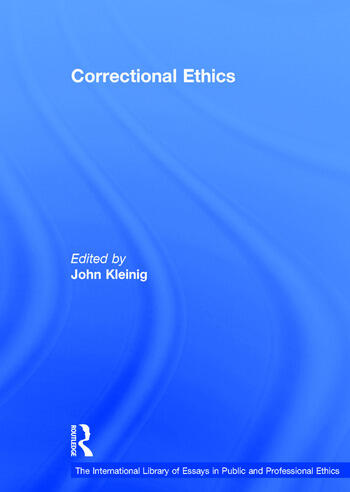 Correctional Ethics gathers the most prominent contributions to this burgeoning field, ranging from the philosophy of punishment through to ethical appraisals of incarceration, the professional responsibilities of prison personnel, and formative work in restorative justice. In addition, it provides an annotated research agenda to help shape the development of a comprehensive correctional ethic. For those working in correctional ethics, this collection provides an essential resource.

'This volume is a useful resource for those involved in correctional practice, policy-making, and research, as well as academics, students of criminology and criminal justice and those interested in applied ethics and the issues relating to crime and justice more generally.' Margarita Zernova, lecturer in criminology, University of Hull