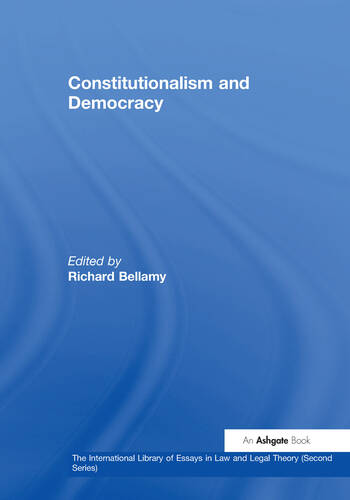 Constitutionalism and democracy have been interpreted as both intimately related and intrinsically opposed. On the one hand constitutions are said to set out the rules of the democratic game, on the other as constraining the power of the demos and their representatives to rule themselves - including by reforming the very processes of democracy itself. Meanwhile, constitutionalists themselves differ on how far any constitution derives its authority from, and should itself be subject to democratic endorsement and interpretation. They also dispute whether constitutions should refer solely to democratic processes, or also define and limit democratic goals. Each of these positions produces a different view of judicial review, the content and advisability of a Bill of Rights and the nature of constitutional politics. These differences are not simply academic positions, but are reflected in the different types of constitutional democracy found in the United States, continental Europe, Britain and many commonwealth countries. The selected essays explore these issues from the perspectives of law, philosophy and political science. A detailed and informative introduction sets them in the context of contemporary debates about constitutionalism.

'...a comprehensive compilation of contemporary essays on the tension between democracy and constitutionalism.' Political Studies Review, Vol 5, No 2, May 2007