Confucianism and the Philosophy of Well-Being 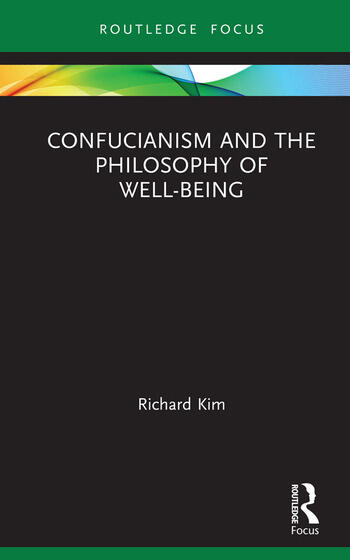 Confucianism and the Philosophy of Well-Being

Well-being is topic of perennial concern. It has been of significant interest to scholars across disciplines, culture, and time. But like morality, conceptions of well-being are deeply shaped and influenced by one’s particular social and cultural context. We ought to pursue, therefore, a cross-cultural understanding of well-being and moral psychology by taking seriously reflections from a variety of moral traditions.

Richard Kim organizes the book around four main areas: the conception of virtues in early Confucianism and the way that they advance both individual and communal well-being; the role of Confucian ritual practices in familial and communal ties; the developmental structure of human life and its culmination in the achievement of sagehood; and the sense of joy that the early Confucians believed was central to the virtuous and happy life.

5. Joy and Equanimity: The Happy Sage

"Richard Kim’s fascinating and engaging book brings the Confucian tradition into the Western philosophical discussion of well-being in a more sustained and thorough way than any treatment of which I’m aware. Revealing instructive similarities and differences between the traditions, and engaged with the scientific literature as well, this book is a major contribution to the contemporary philosophy of well-being." - Daniel Haybron, Saint Louis University, USA

"Richard Kim’s book offers a pithy introduction to how Confucianism contributes to thinking about the good life for us now. I came away convinced that there are universal features of well-being, and also that some things that make a life good depend on one’s stage in life, and the particulars of one’s culture. Well-written and extremely accessible." - Owen Flanagan, Duke University, USA. Author of 'The Geography of Morals: Varieties of Moral Possibility'

"At long last, we have a sophisticated and systematic account of early Confucian views on well-being and its relations to ethics. Kim's book is the best on these subjects. He offers a sympathetic and plausible exposition of early Confucianism and makes compelling arguments for an account of well-being that is holistic and developmental, and he paints a very appealing portrait of what he calls 'ethical equanimity', which is one of Confucianism's distinctive contributions to philosophical reflection on well-being and the good life." - Justin Tiwald, San Francisco State University, USA

"Richard Kim’s book is a superb introduction to the Confucian conception of human well-being embedded in the thought of Confucius, Mencius, and Xunzi. His advocacy of a Confucian approach to well-being, admirable for its clarity, is informed by his familiarity with the best scholarship on Confucianism, recent empirical research on moral development, and contemporary philosophical theories of prudential value." - Richard Kraut, Northwestern University, USA